Yesterday, I decided to assemble a little balloon activity and I filled three balloons up with water, some food color and some glitter and popped them in the deep freezer. I may have seen something like this on Pinterest. I am so addicted to Pinterest, and all its great ideas. Only after I put them in the freezer, did I think maybe I could have put a small toy inside, but ultimately, I’m glad I didn’t, because they turned out SO cool. I was mesmerized by them, especially the pink and green ones, because they didn’t get as mixed.

The boys and I carried them out this morning and began examining them. 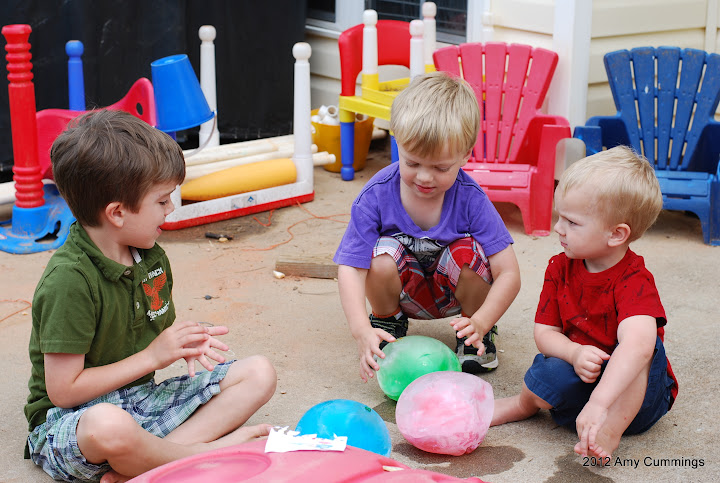 We immediately thought they looked like dragon eggs. They were all swirly inside like marbles. The boys talked nonstop about wanting to shrink down and go inside those cool little “worlds.” We felt them, and rolled them around. Then we put them in the grass to look like big Easter eggs. 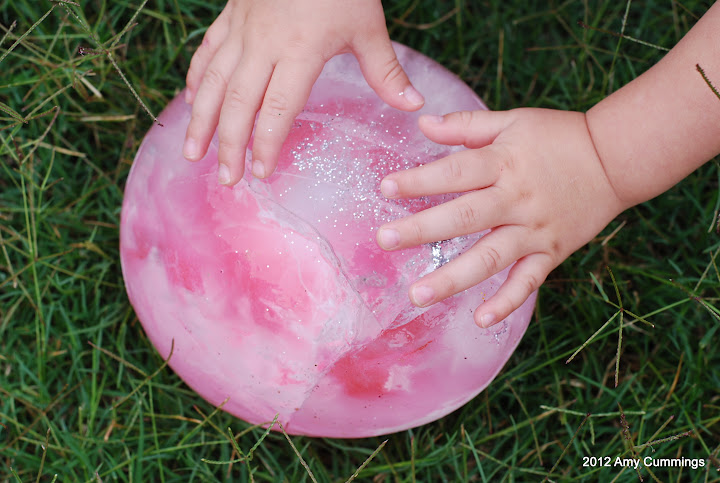 Next, we set them on a table to see how the morning sun could shine through them. I took a bazillion photos of them, because I couldn’t get over their coolness. We wondered how all the layers and swirlies formed, and why the color settled like it did. We examined cracks that had formed, and places where the glitter gathered. 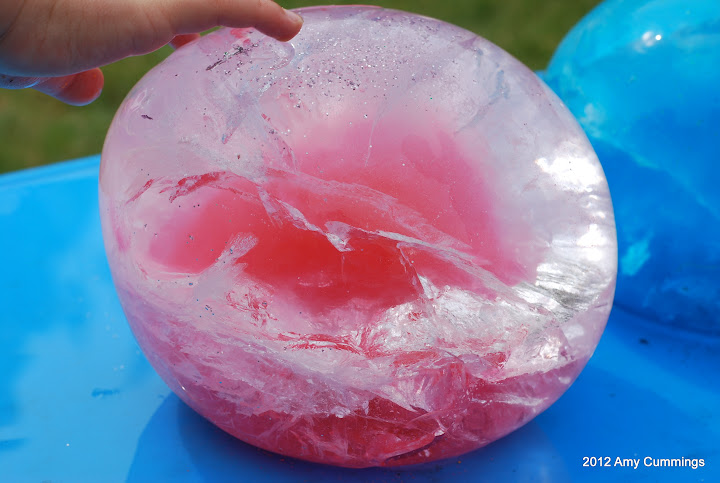 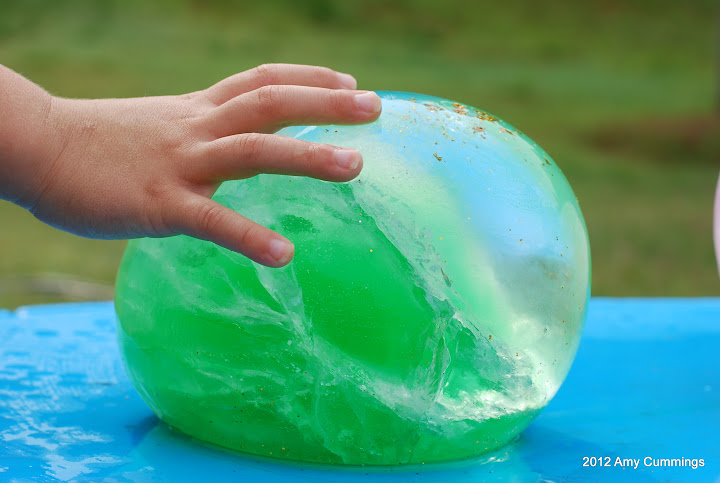 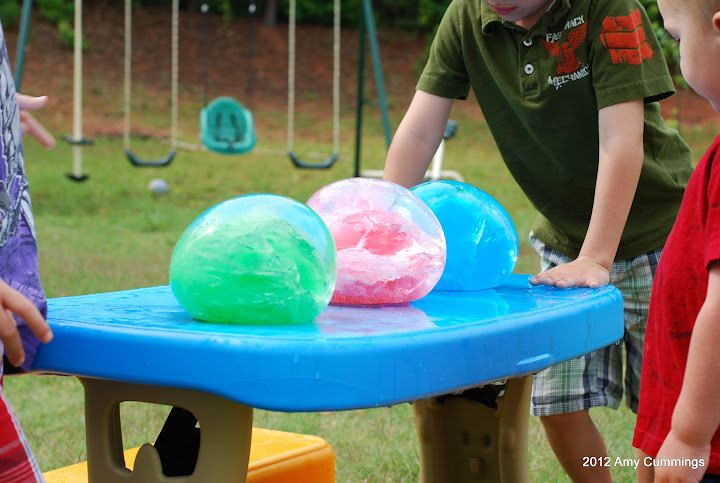 The “eggs” were melting quickly, so we took them inside and experimented on them with scraping and cutting tools, hot water and Q-tips, and our hands. The boys discovered that it takes a long time to change the shape or surface of the ice, but with the concentrated heat of hot water on a Q-tip, we could fairly quickly make a dimple in the egg. Isaac noticed how freely the egg spun on his tray, so we talked about friction and compared the friction of ice to the friction of other objects on the table. 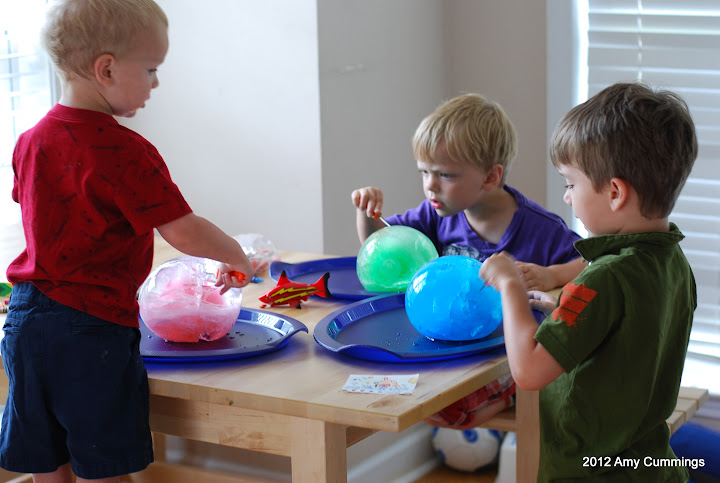 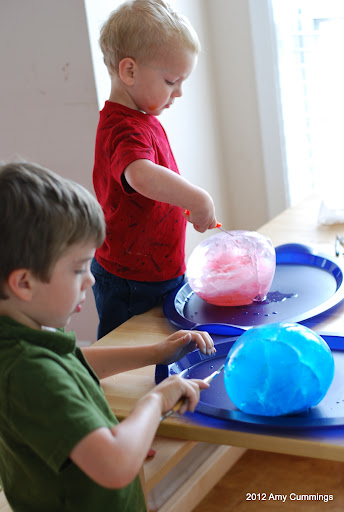 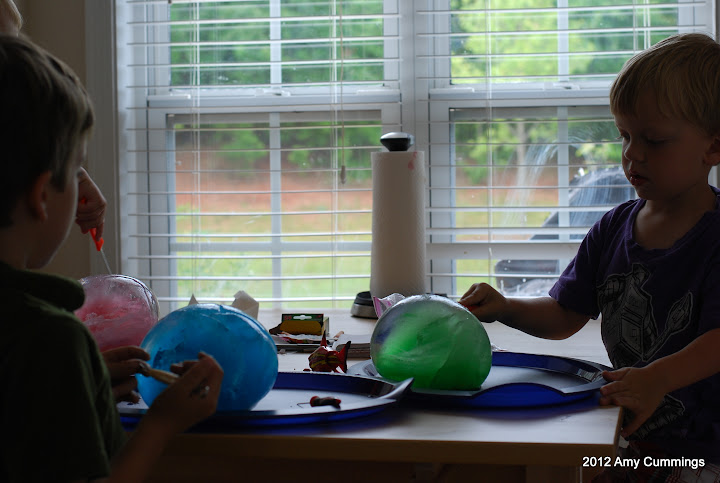 Isaac wanted to pour his hot water on his dragon egg, so we carried it back outside. 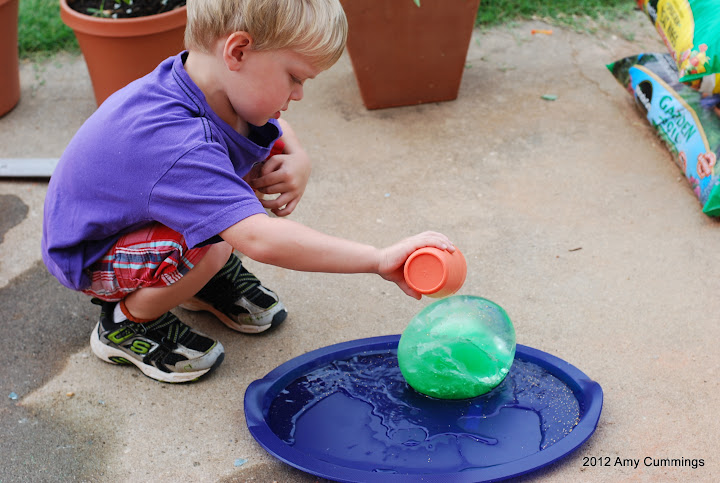 Then, of course, we had to bring out the hammers to see inside! 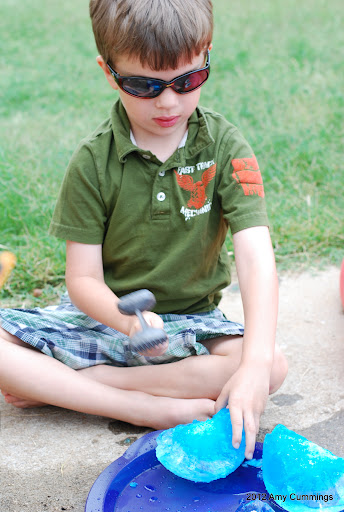 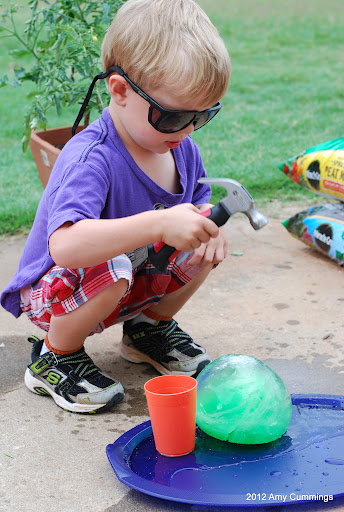 I can just hear someone thinking, I’m so glad they’re wearing eye protection… 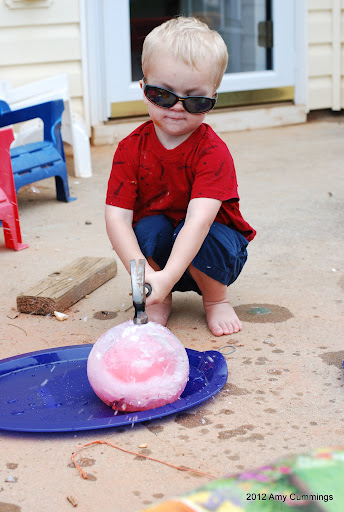 Ian steps in to help little brother crack his egg. 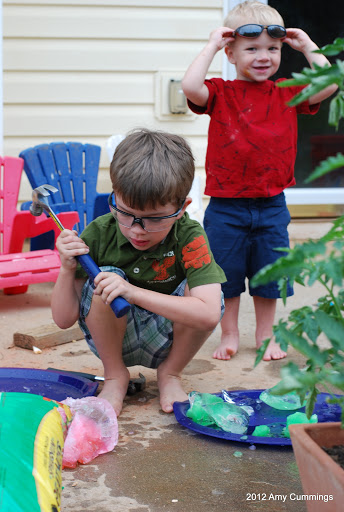 I had to snag a few shards to get more pics! This one is almost an ice butterfly now. 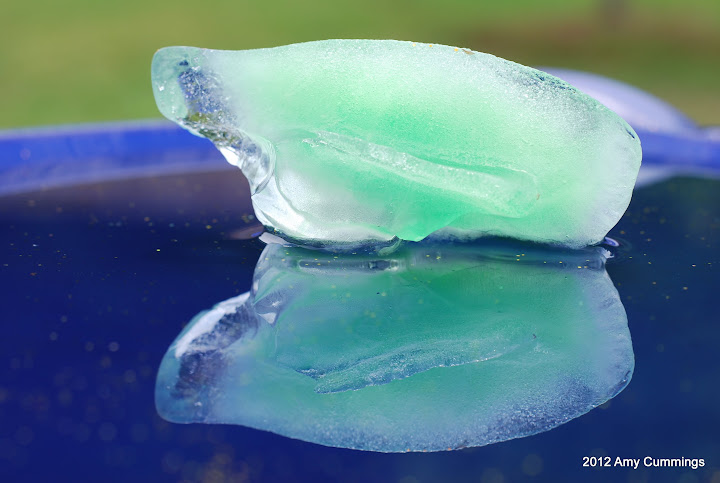 While I was taking pics, my little paper elves set to work. 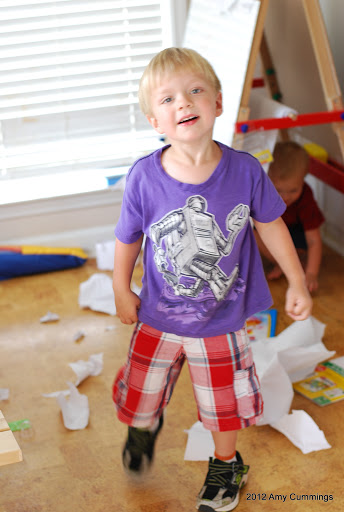 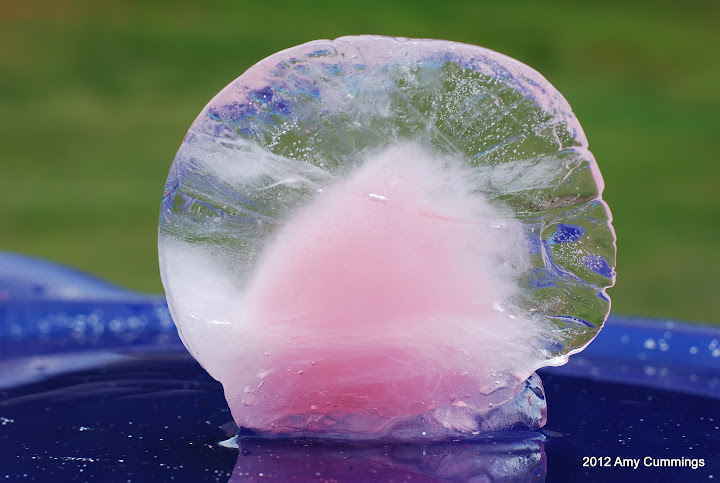 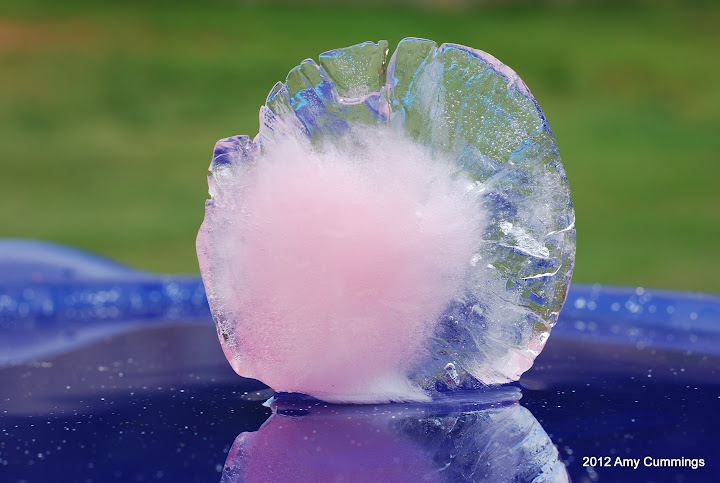 Yes, I’m that easily amused. But, I swear, I do it for the boys…mostly.