As is common with our time in the car together, we started an interesting educational discussion today on the way home from Isaac’s piano lesson. One of the boys was talking about God. Ian made the analogy that God is like the power plant and prayer is the power lines connecting us to Him. Next, we drifted to science, talking about power, and then how radios work. Ian wanted more clarification about how radio waves work after I explained the difference between Amplitude Modulation and Frequency Modulation, so we looked at some YouTube science videos that illustrated wave characteristics.

Next, I set up a wave model so Ian could demonstrate his understanding of the basics. I stuck toothpicks in some Play-Doh and wrapped string around them in a wave form. 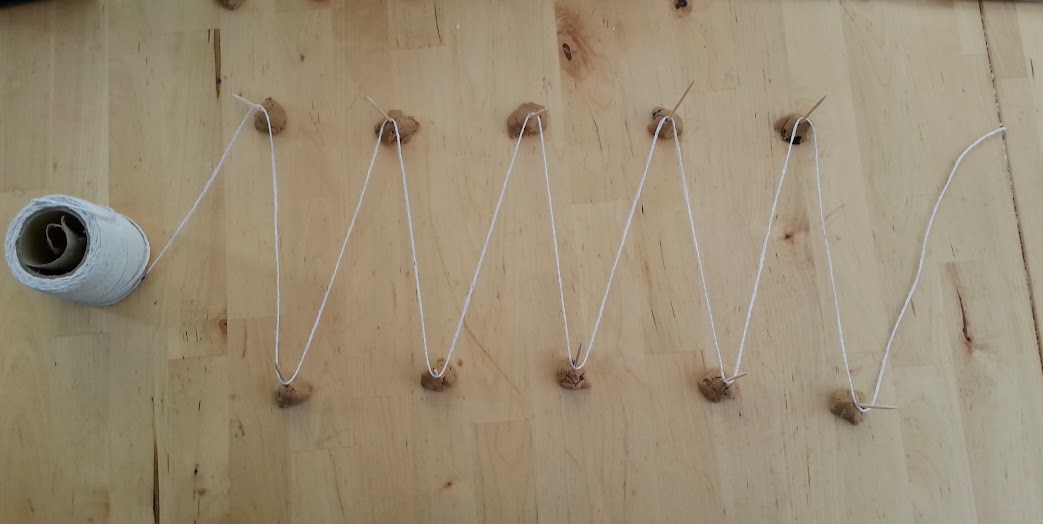 I asked Ian to pretend the wave represented the sound wave coming from a horn. I asked him to make the sound quieter, so he made the waves shorter (decreased amplitude). 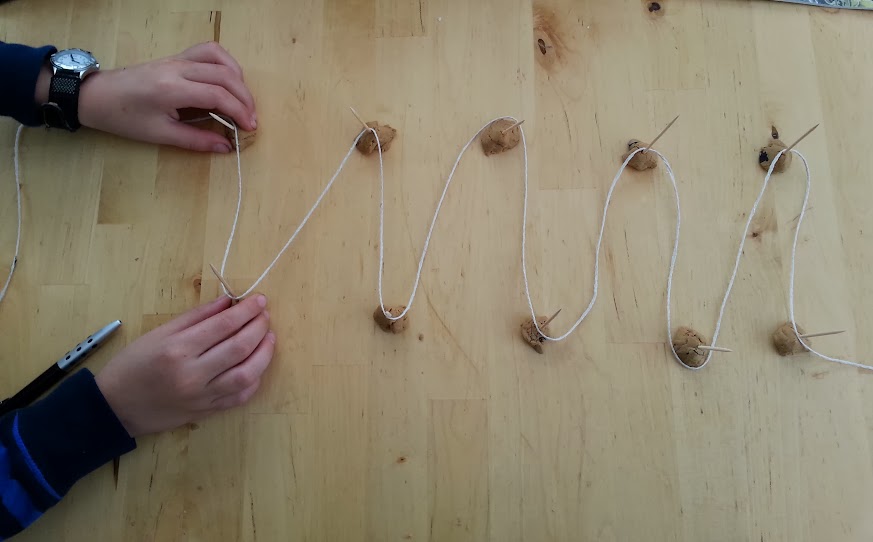 Next, I said that the horn was playing a low note and I wanted him to make a higher-sounding note (raise the pitch), so he scooted the waves closer together (increased the frequency). 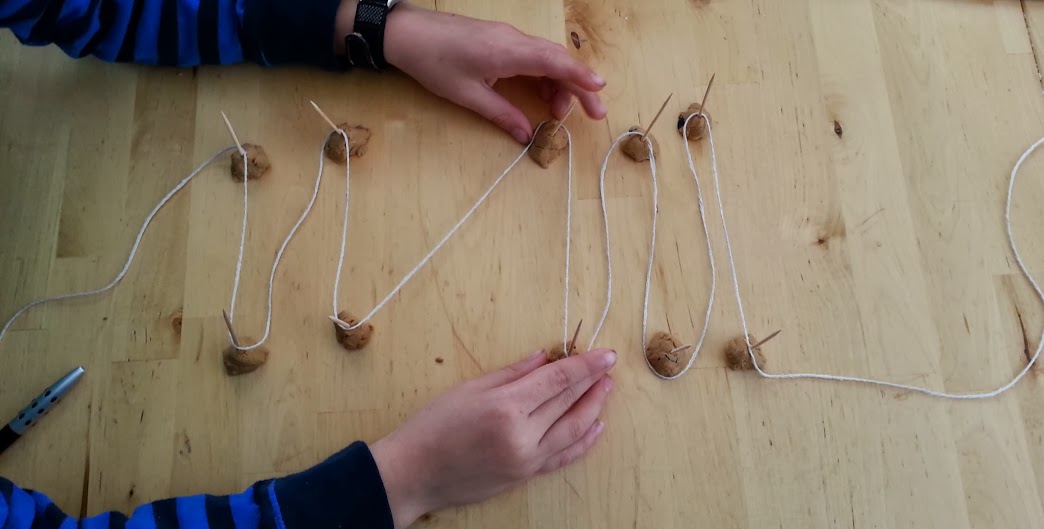 He constantly digs into complicated topics like this. He wants to build working robots and radios NOW.  His grandparents and we have given him all sorts of building sets and beginning electronics, like Little Bits (which are extremely cool, by the way), and he is often drawing or building new inventions. One day, when this boy has a tight grasp on circuits and motors and programming (oh my!), he is going to be a hand full.

After the radio study, he set to work drawing a schematic for an antenna he wants to build. He asked *so hopefully* if it would really work. After viewing the videos about radio waves and watching a crystal radio being built, he was (understandably, hello) a little confused about the difference between magnetism and electromagnetic radiation. He was just sure he could hook a bunch of wires and foil up to a magnet and transmit something. Here’s the photo. I diagrammed all the parts for clarity.

I’ll tell you what, he really makes me scramble to give him answers. I barely have a grasp on some of this stuff. He’s going to be much better at math than I, too. He “randomly” told me the other day that, “Four fives is twenty. I know that because two fives is ten and two tens is twenty. It was pretty easy, really.” I wouldn’t have even had my socks off by then. As I was typing this, Ian came to me with his night time decongestant (we’re all snotty this week). The dose is 10 mL.  Just for fun I said, “Five milliliters is one teaspoon. How many milliliters is 2 teaspoons?” He got to “10” without much hesitation and explained how he doubled 5. I know it’s not rocket science, but I thought it was a pretty good grasp of a verbal word problem for a seven-year-old who doesn’t currently have a math curriculum. I keep preparing to get one, but he keeps figuring math out (or pursuing it) on his own and is keeping up.

Did I mention I love home schooling?