It’s another gorgeous day, perfect for muddying up the boys. After breakfast, I took them outside with a cup of water and some paint brushes, for some patio painting. I was drinking from a sport bottle of water, ever so briefly, before Isaac “needed” it to Jackson Pollock the concrete. Then Ian sploshed his water on the ground. After he took half a dozen trips to the sink, I filled up a big bucket from the spigot on the side of the house to save him time (read: save my carpet). They scooped that bucket dry, and Ian refilled it. I had asked Ian if he wanted me to roll up his jean legs, but he declined, saying it was okay if they got wet. Clearly. There was so much whooping and cackling at the water spigot, I didn’t even have to look to know how much effort they were putting into staying dry. Ian tried to carry the bucket back to the patio, but could hardly budge it, so he sat in it, instead. Isaac, who tends to follow Elijah and poke him with sticks and fill his Onesies with rocks, found no end of pleasure in scooping water onto “his baby.” Elijah decided to leave that scene and check out the far end of the yard.

I let them fill the bucket three or four more times, before explaining water conservation, and herded them to the swing set with some peanut butter sandwiches. They gobbled up lunch and started digging in the dirt. I brought out more water, giant sheets of paper and paintbrushes, suggesting they try mud painting. To my surprise, that didn’t hold their attention for long. When their grimey bodies started lingering around the back door, I decided that was a good time to bathe them and tuck them in for a nap.

Death and taxes might be certain, but for these boys, messes and potty humor are inevitable joys. It’s probably universally Boy. The other night, the four males in my house were in hysterics about some “tooting” game they were playing. The game trailed into the bathroom, where I was brushing my teeth, and Ian started bumping my backside and making sound effects, in an effort to get me to join in. I finished brushing and dutifully joined the play. Ian would run up behind me and I would bend over and make the most thunderous tooting sound I could, and he would explode in laughter and run away. Bored, after about the fifth time, I surreptitiously grabbed a bulb syringe and filled it with a teaspoon of water. As Ian ran up, I crumpled into tooting position, and squeezed the bulb at him between my legs. I whirled around in mock horror, saying, “Oh my! That was a messy toot!” The expression on his face was priceless. He had no idea what just happened, and it didn’t look like he was sure he wanted to know. Since I explained my trick, which I severely regret, he can’t keep his hands off of that syringe.

Ian found a sketchbook and pencil and brought them to bed. That very evening, his drawings spontaneously became clear to me, from the first time his pencil touched the page. He’s so funny like that. One day, out of the blue, he can do something he couldn’t before. He drew aliens and space ships, mostly. I felt like stifling my giggles on some of them, because I appreciated the humor, yet it didn’t quite feel parentally appropriate to support fiery men being knocked from space ships by swinging rocks.

Then again, I’d recently come across some of my old sketch books, and decided it was probably good they hadn’t been psychoanalyzed. 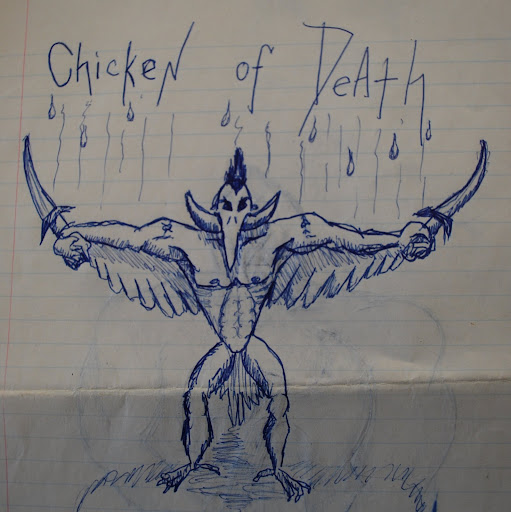 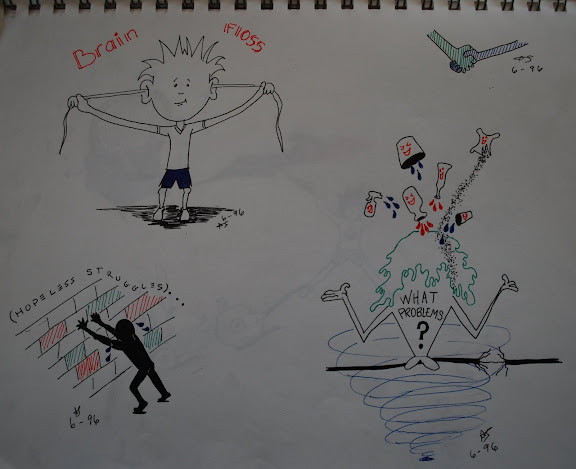 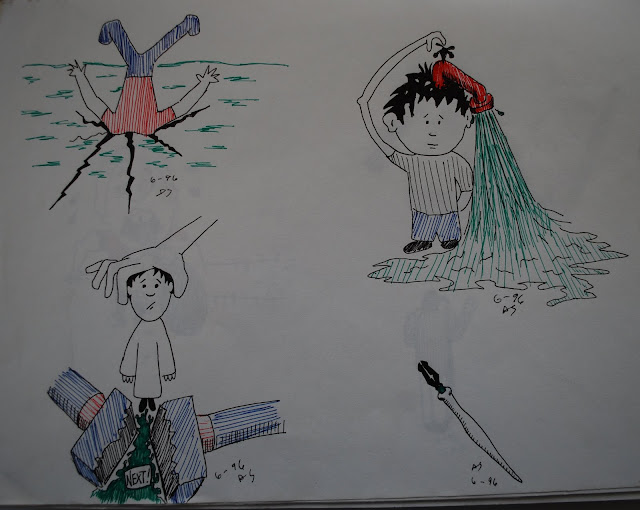 Ok, there were plenty of cutesie doodles and anatomical practice sketches, but these were more fun.