I got some cool stuff from Oriental Trading Company. The picture isn’t great but one item is a really cool pipe game for the boys. It helps fine motor skills, planning, cooperation, etc. Ian started building and then decided he was going to create a water slide, so we took the pipes outside and he poured water into them to see where it would come out. [ETA: Now that we’ve played with them a bit, they are still going strong holding the boys’ attention, though a piece or two has split upon insertion of another piece (don’t go there…), and I have no idea what, if any frightening materials they contain, but my luck it’s probably some mercury-asbestos compound (just joshin’, OTC, don’t get your glow sticks in a knot.] 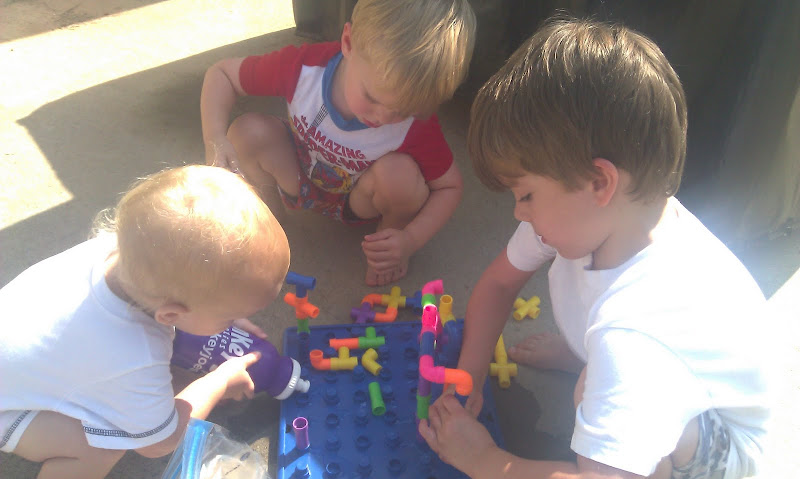 I also got some letter tiles and some alphabet stringing beads, which they’ve also spent a lot of time playing with. [ETA: They are still a big hit. Cons – they seem to have been hand-painted by caffeinated juvenile gnomes, and the strings snag a bit, but the price was right.][ETA, again. I had a nice pic of the stringing beads below, but while fiddling with my online albums, managed to delete that photo. Oops. Tiger sorry.]