Continuing with the recount of our Missouri trip, we then went to check out the party venue where Aunt Joanne’s 75th birthday party will be.

Here we entered the birthday party set-up in progress. This is Penny giving me the “I’m not Jill” face, I think before the door closed. That’s a running joke around there, since those two awesomely crazy ladies look so much alike. 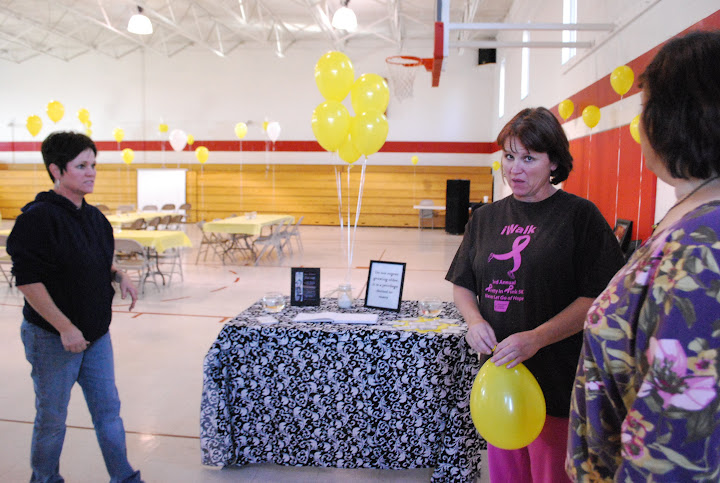 I then proceeded to take a bunch of really lousy photos of pictures. Here’s one that sums up the family pretty well. It’s “everyone” wearing Joanne’s wigs. I think they are descendants of  an old political party. 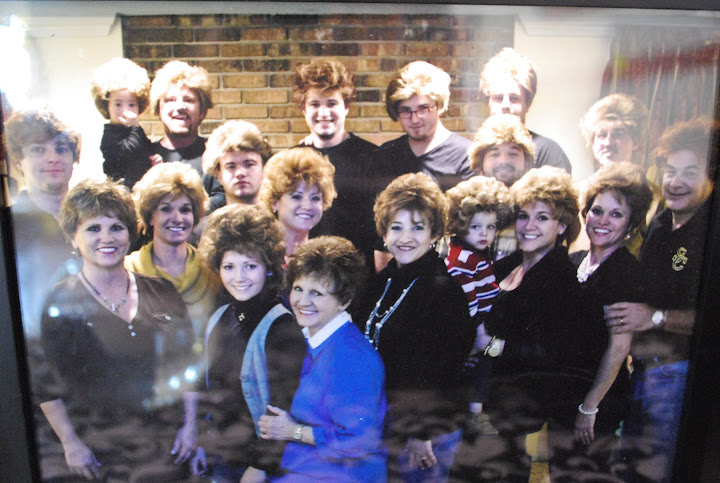 We went to Joanne’s and dug through a bunch of albums and memories. Just look at her. Doesn’t she glow! She has more energy in her pinky than I could summon for a potato sack race. 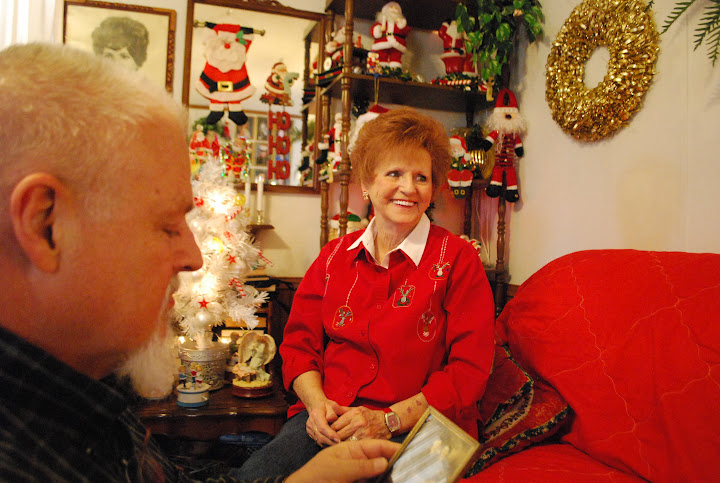 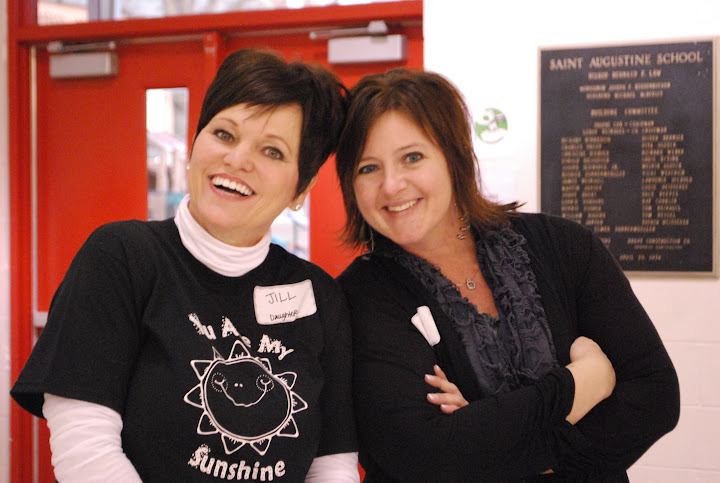 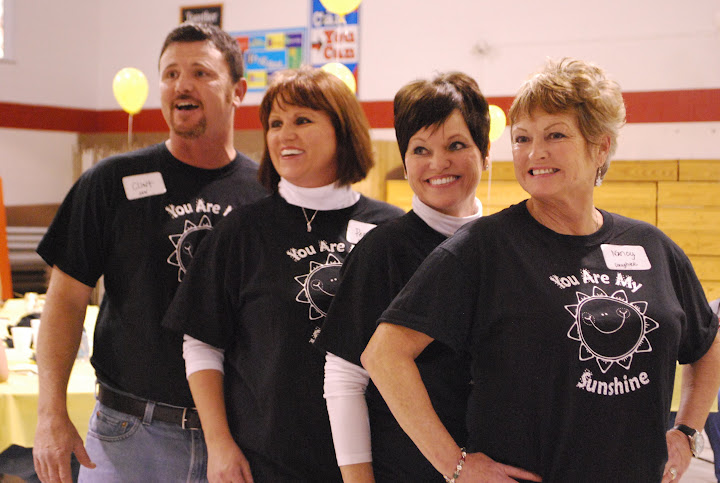 Some dancin’ goin’ on! 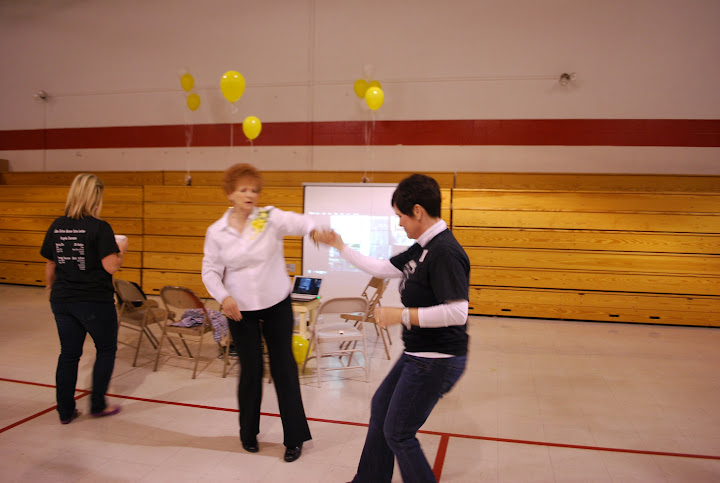 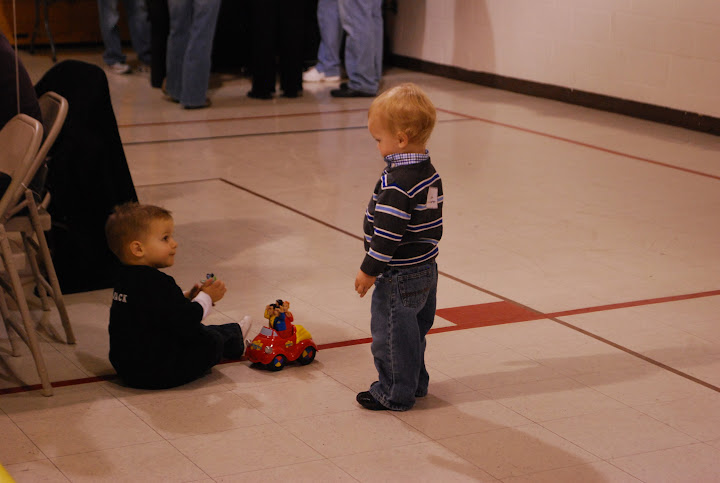 The sibs enjoy a slideshow. 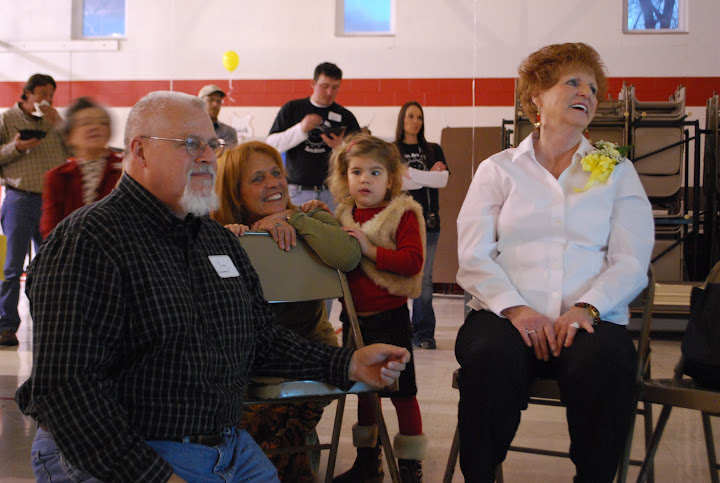 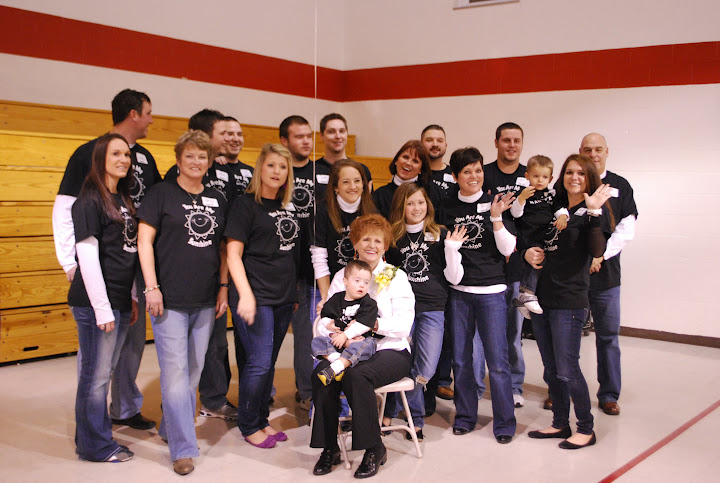 A few of Joanne’s grand kids I that played with years ago. Ryan, Lindsey and Shane.  Shane is a gifted musician. I wish I knew my cousins better, but at least social media helps a bit now. 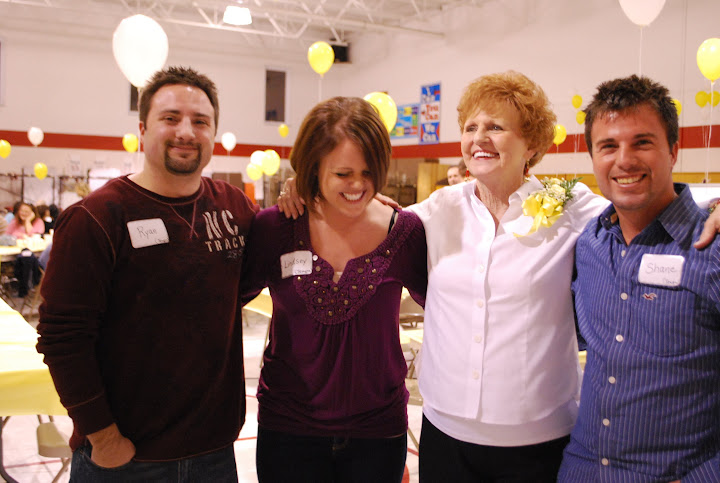 We enjoyed a tasty breakfast at Joanne’s on our last day. We all worked on collecting names in family photos. We literally needed a “cheat sheet” at the party to keep track of who everyone was. 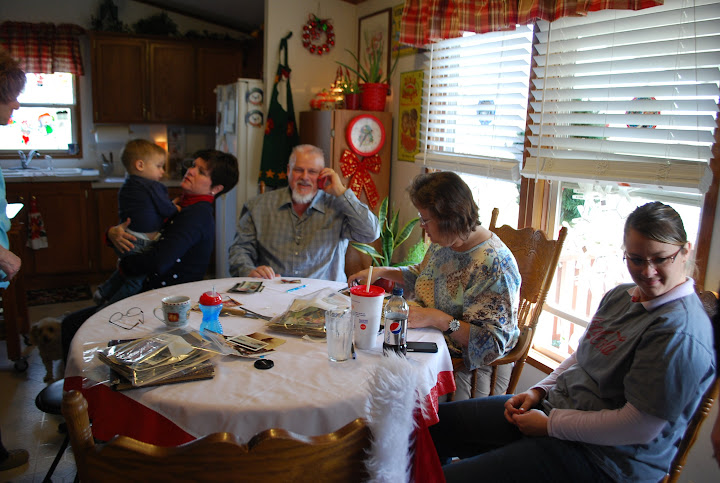 The three little cousins had fun socializing. So cute! 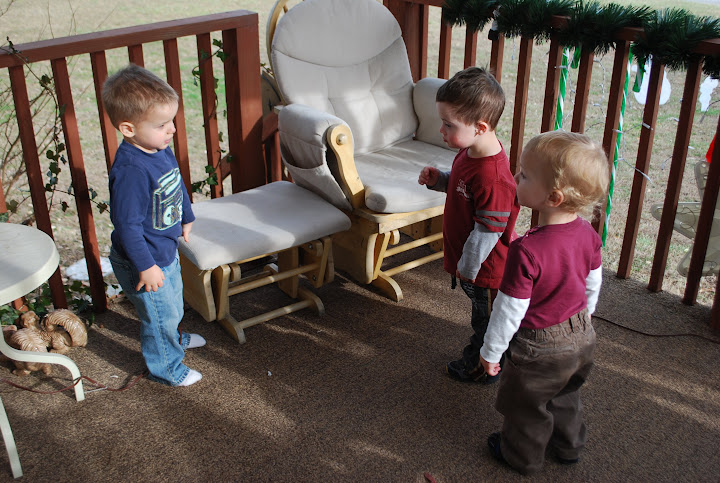 I believe there was actually a two-year-old discussion on poop occurring in this photo. 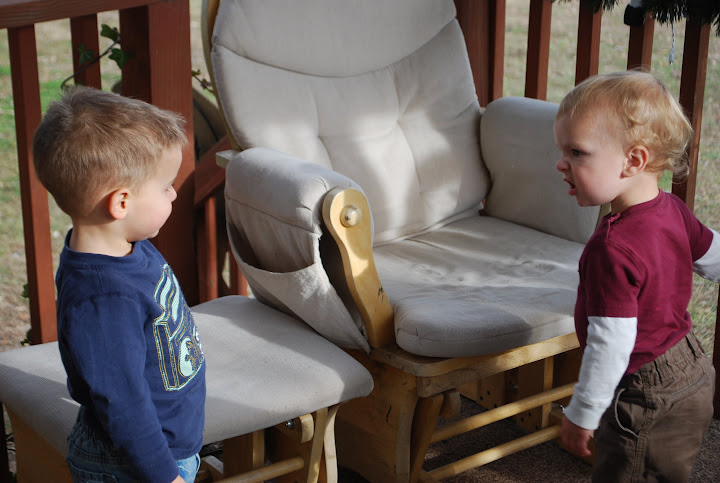 Sammy’s such a lovebug! 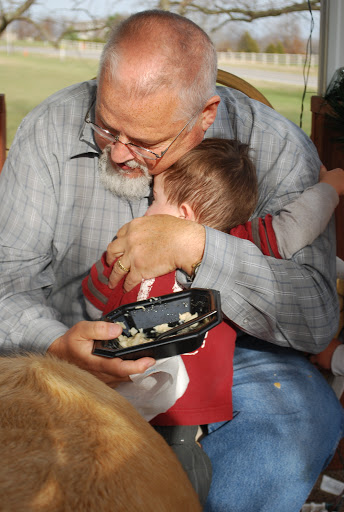 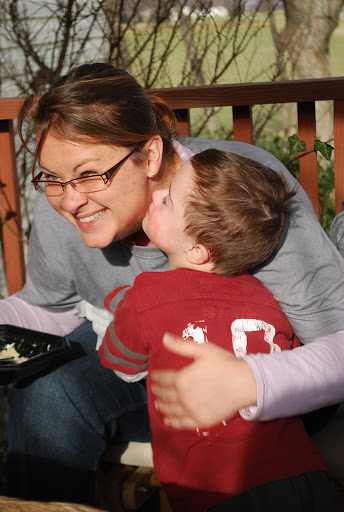 After our social gathering, we drove back through time a bit to where Dad’s family lived in his younger years. To be continued…