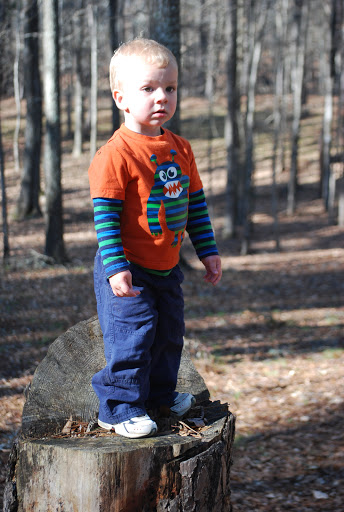 Potty training is an interesting time [Ah, yes, another intellectual Mom topic]. Through three boys, I’ve tried many strategies – candy and sticker rewards, sitting them on the pot in front of the TV, leaving them bare-bottomed or cotton-clad, having “potty camp” days, buying “fun” seats, and such. I’ve toted small potties and folding toddler seats through every major store in town. Some kids are more open to suggestion than others, but when it boils down to it, my boys have potty trained when they’ve decided to.

Our oldest was nearing three, and struggling with some anxieties, and I encouraged (if not pushed) him to train every way I could. But, after I gave up, one day he decided he would use the potty and he’s not had an accident or wet bed since. However, getting him to relieve himself before it’s an emergency is another story. After his fifth birthday, I started hinting that he could try wiping himself. He expressed zero interest in that for quite a while, then one day wiped himself. Well, after glimpsing that freedom, I didn’t want to return to that chore, but he claimed that he only wipes himself in the upstairs bathroom. A week later, I found out he wiped himself, then went downstairs and wiped Isaac, too (they’re all coordinated, you know).

Our middle son trained around two and a half. I intended to put much less effort into it, but it was becoming a scourge to encounter the inhuman product of his bowels. Even now, he can make a grown man cry for a courtesy flush.

With our third, I have done nothing. No effort, whatsoever, except to humor his curiosity. Yes, it helps to have two older brothers. I’m quite spent on the diaper routine, but I’m not convinced that I want to rush the process. At around 18 months, he’d ask to sit on the potty, but he’d sit there grunting, then shake his head, shrug his shoulders and say, “Mout?” (As in, “It won’t come out”). Now, at two, he can go on demand if it’s his idea, but he typically prefers the comfort and convenience of his Size Fours.

His abilities, stature, and unpredictability prove for an amusing time. One night, before a bath, he tried to follow his brothers’ example and walked up to the potty, lifted the lid, and peed on the floor. Last night, Isaac comes running out of the bathroom, distressed that Elijah had pooped in the tub. That was rare and unexpected, but, seeing it was a small amount,  I took Elijah out and set him on the toilet while I drained and cleaned the tub, using a flame thrower and a can of Lysol. There, he not only pooped, but effectively wiped himself [Where on Poseidon’s pipe wrench did that come from?!].

I placed him back into clean bathwater, and he started babbling that he had “wahwee” (coffee) in his mouth. “How did you get coffee in your mouth?” I asked. “A girl put wahwee in mine mouw. I fall down. Girl yay (say) ‘ribbit’!” he replied.