We just returned from a week-long vacation visiting our family in Florida. It was a glorious time that breezed by far too quickly. I got a carload of stuff put away and all the laundry washed on the day we returned, while the boys in their joyous frenzy buzzed around playing with every toy in sight, so, the net mess difference was, well…zero-ish.

Here’s Elijah, reacquainting himself with “his” little “goggy,” Scout. 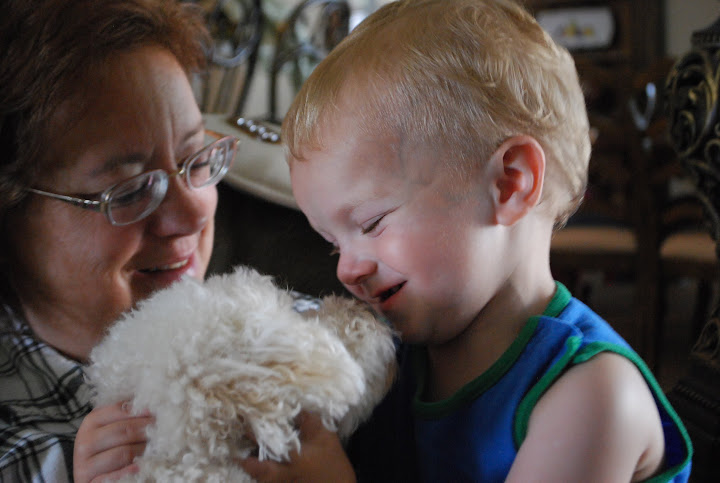 Grammy took the boys to the back yard and showed them the monstrous roots Grandpa dug up from a small bamboo that they thought wasn’t growing much.

She showed the boys her baby peaches and pretty flowering plants.

Grammy showed off some of the improvements in progress to her butterfly garden.

We walked and rode bikes down to Laishly Park.

The fountain the boys played in after “not wanting to get wet.”

Here’s some of the gang lunching with Grammy at Stump Pass beach. 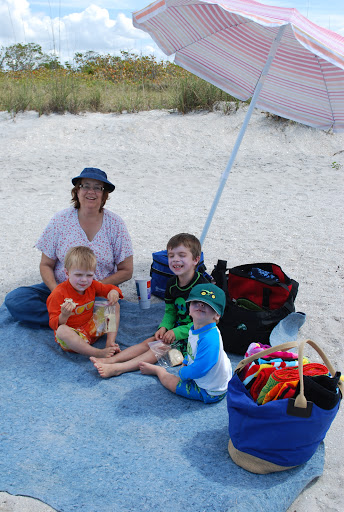 Issac found a seed pod and asked, “Is this a dolphin tooth?” 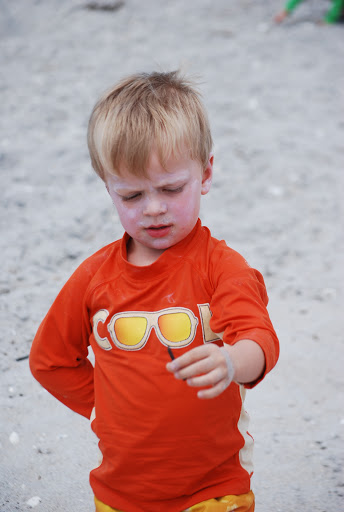 The boys going for a run down the beach. 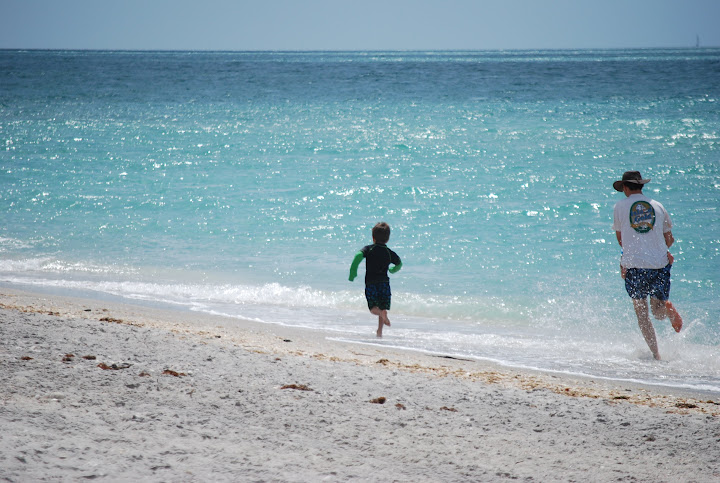 It was a perfect day, with occasional cloud cover. 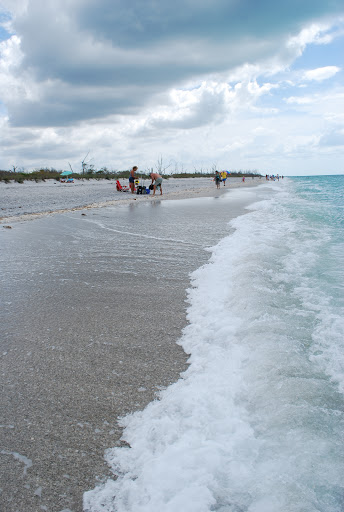 We studied a sand crab. 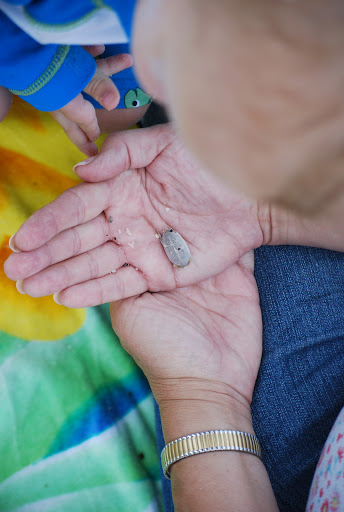 Isaac had some stalkers while he ate. 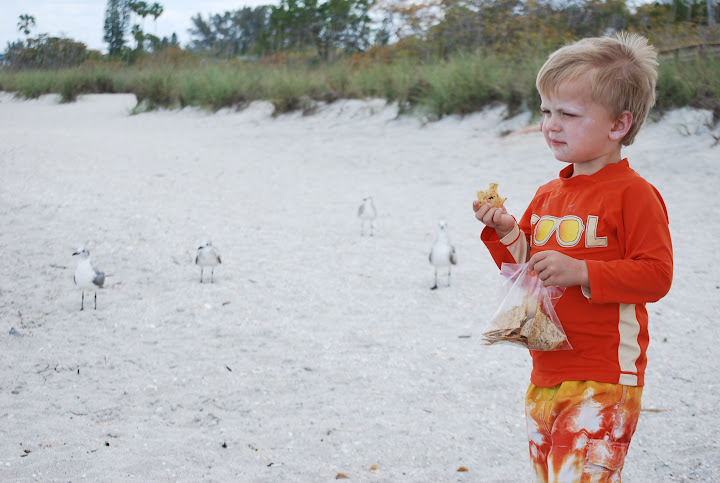 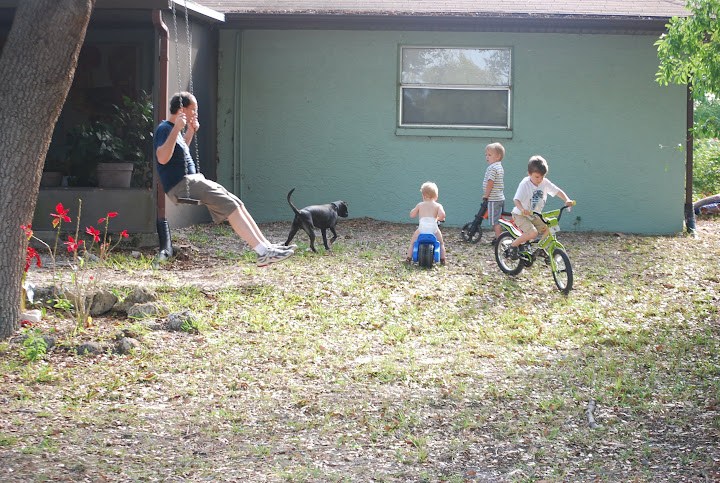 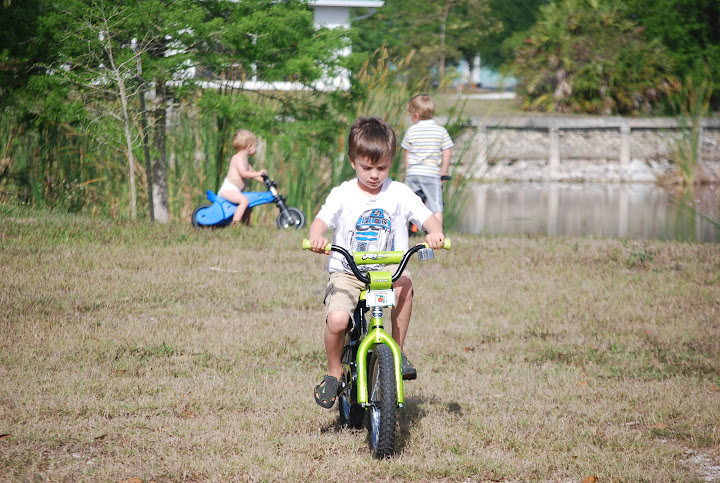 The boys love snitching ice from the ice machine to munch and feed to Aunt Kelly’s dog, Tank. 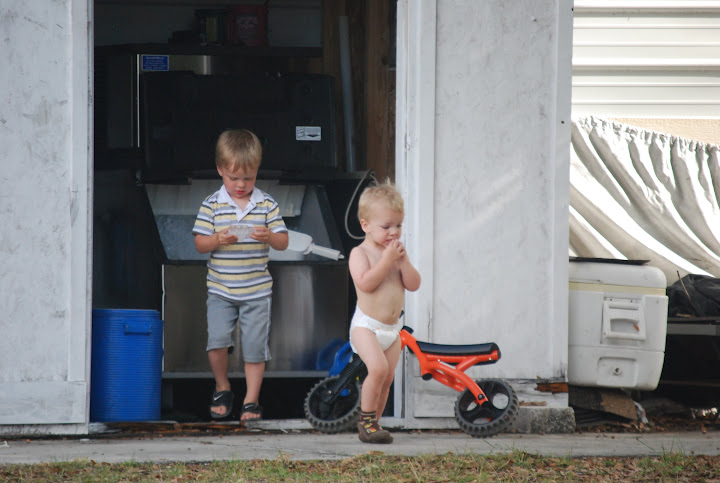 The boys love going next door to visit the horses. 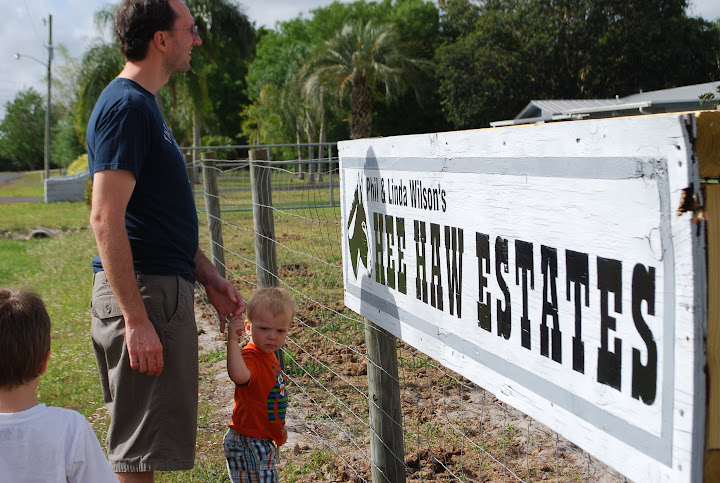 I have the same picture of my sibs and I standing guard with our friend Ponce at Ponce de Leon Park. 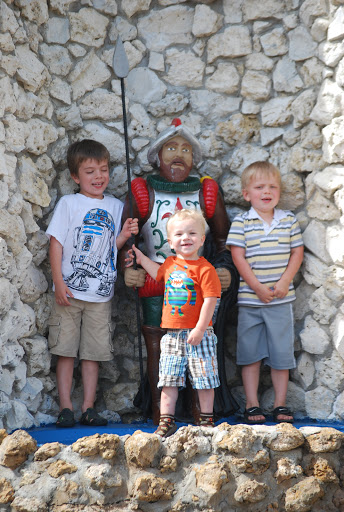 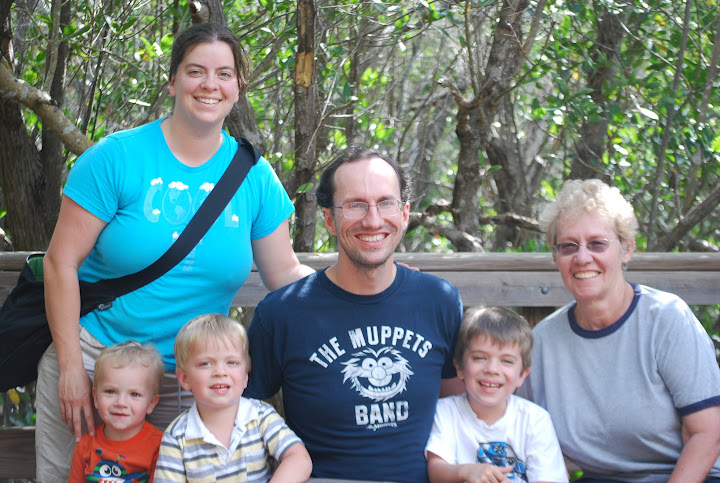 We spotted a Pelican hang-out. 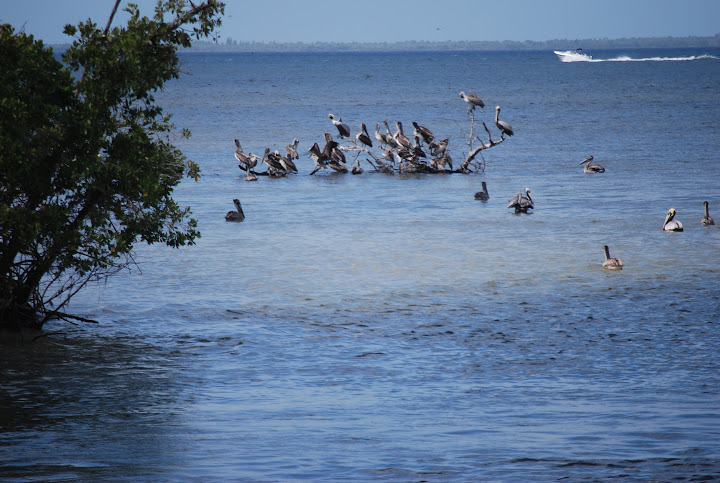 It’s hard to tell, but we think we spotted some Nurse Sharks swimming near the Mangroves. 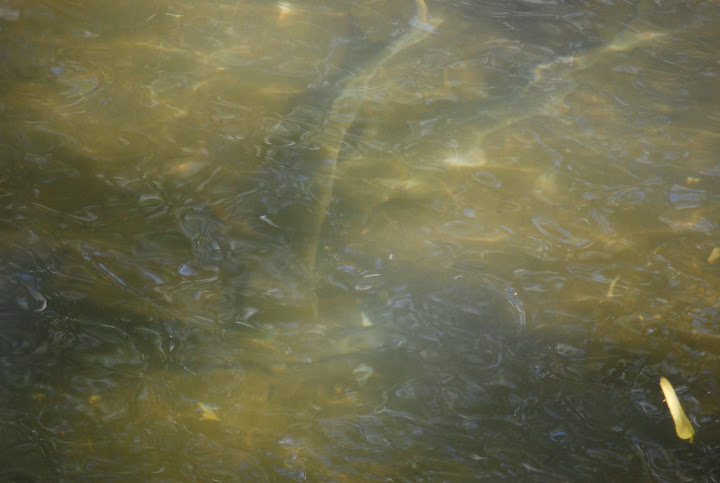 The Mangrove Crabs were hard to spot, if they weren’t on a tree. 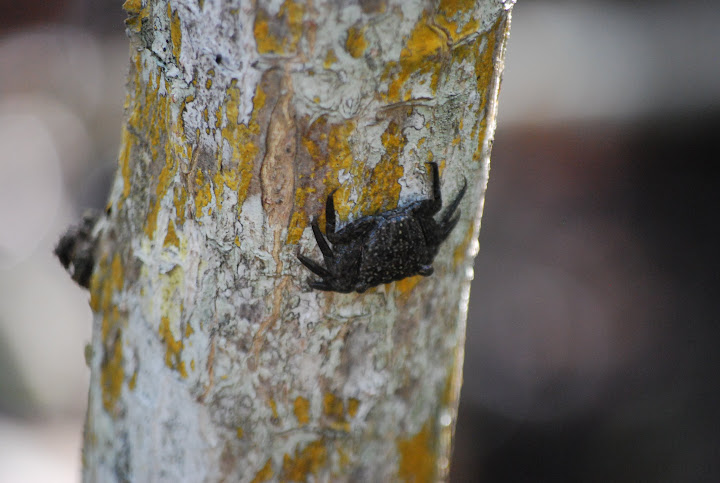 The guys pause for a rest, before finding the playground. 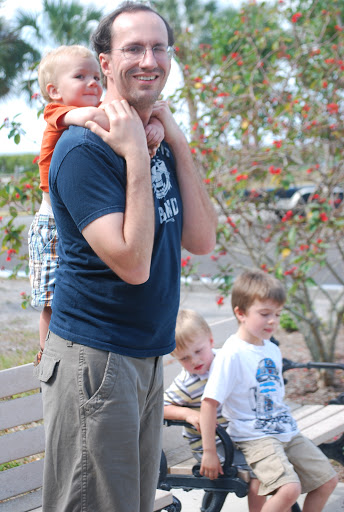 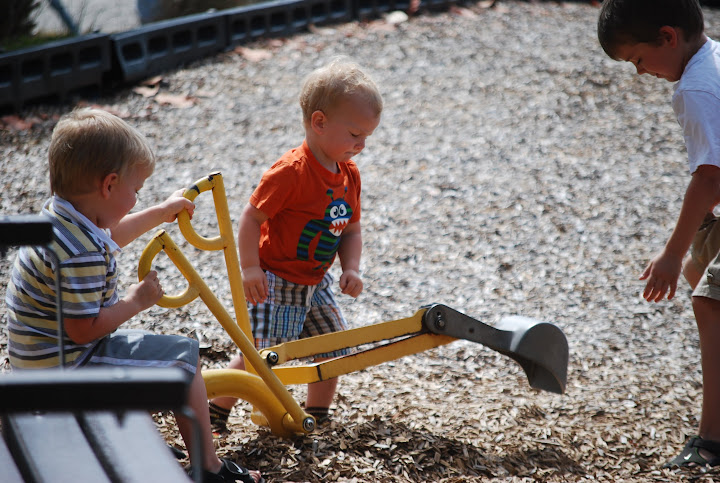 Grandma watches from the shade. 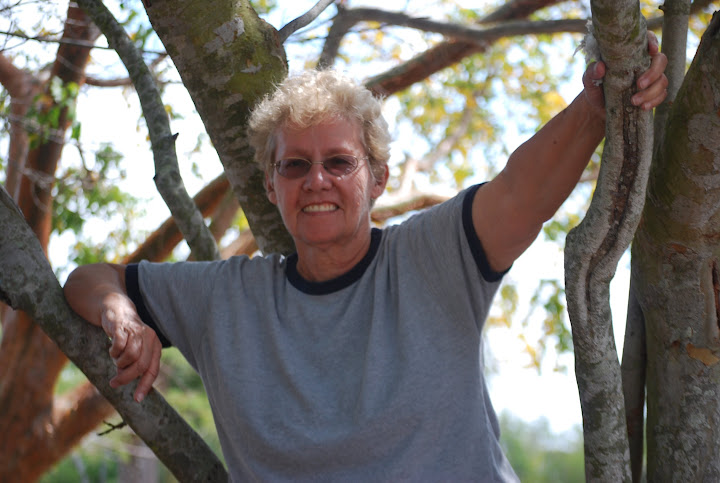 A Great Blue Heron nesting above our parking space. 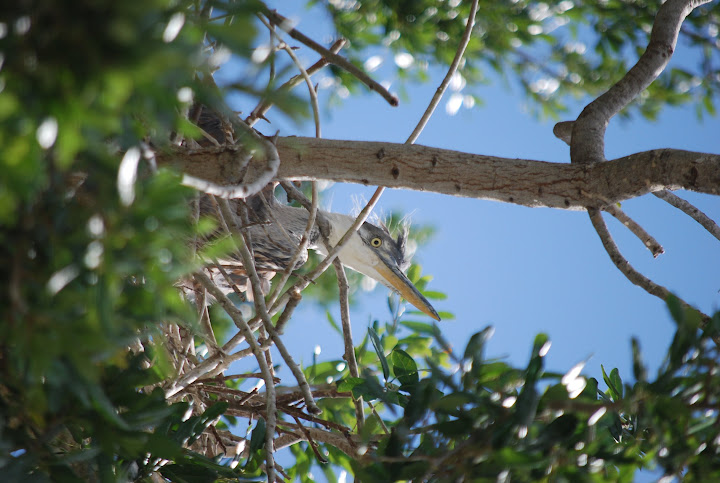 Then it was time to cool off with some ice cream! 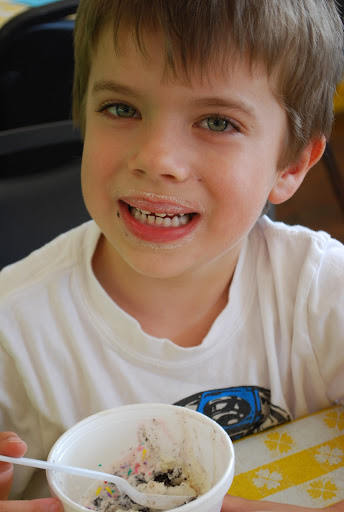 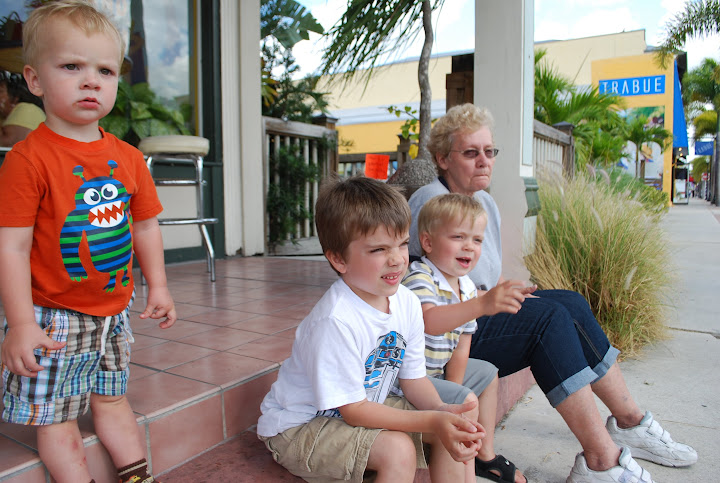 The next day, the boys had a blast at Gilchrest Park. 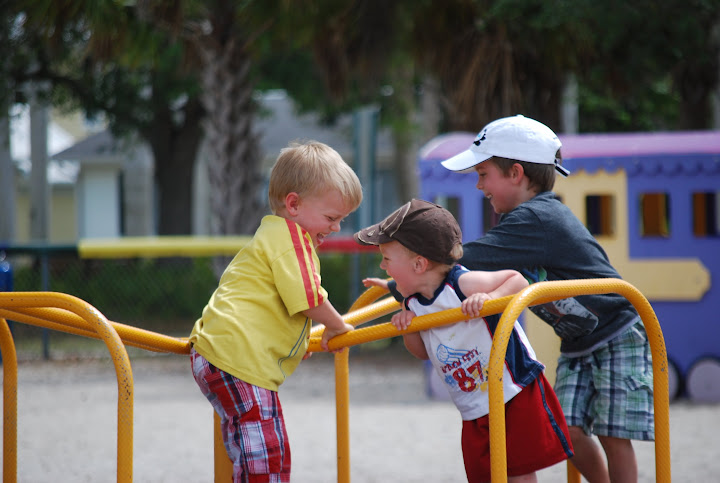 While they played, the Blue Angels practiced overhead. 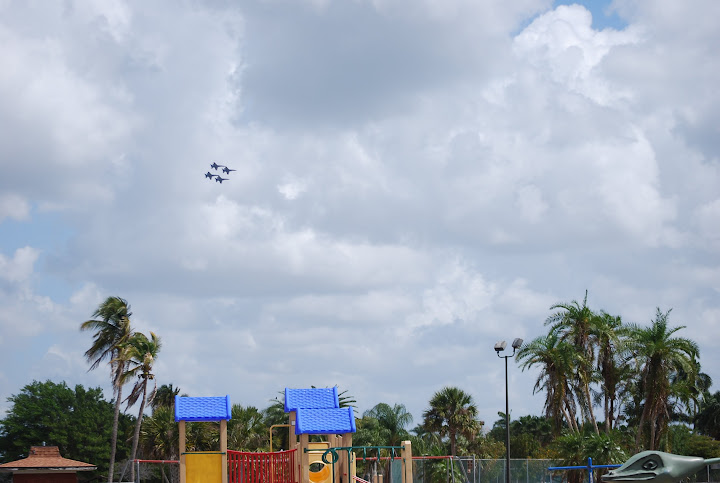 Grammy and Grandpa Jim watched the boys for us while we had a belated anniversary date. We at fish n’ chips downtown, then walked down to Fisherman’s Village. Near the end, I took some evening shots of Punta Gorda. 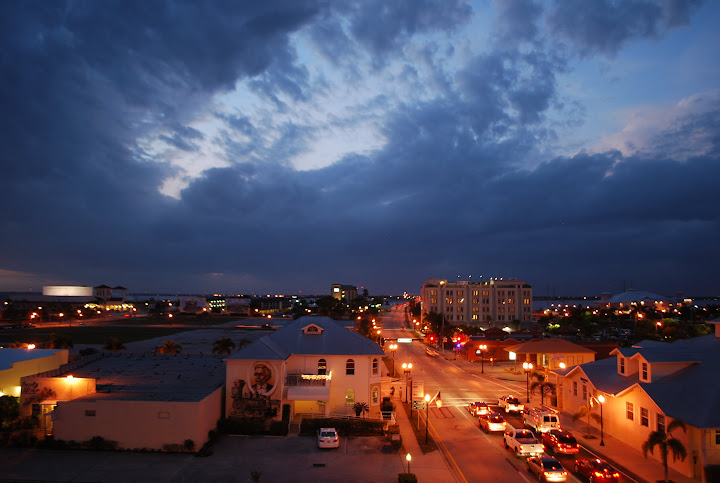 We managed to sneak in one more beach trip. Here are the boys soaking up the sun and sand. It was another lovely, not-too-sunny day. I made the rookie mistake of getting my legs burned. Ouch!

We wore Elijah out. Here is his Nap-Fil-A.

Isaac got to celebrate an early 4th birthday with his cousin, Colin, who was turning 14. One of his “presents” was a first experience with fire ant bites. Poor guy. 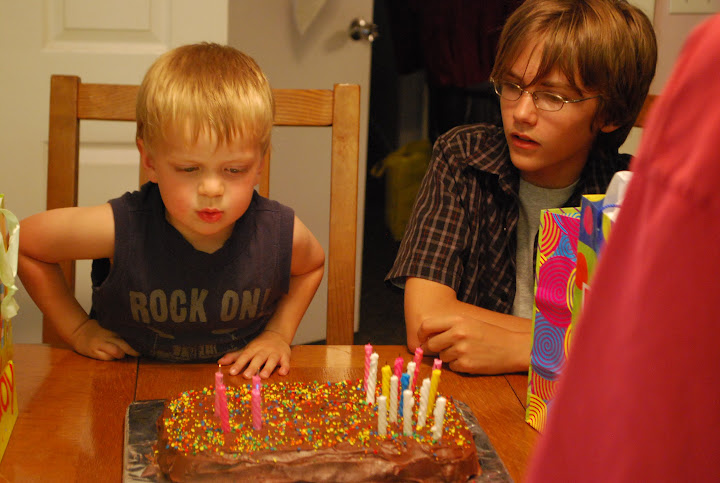 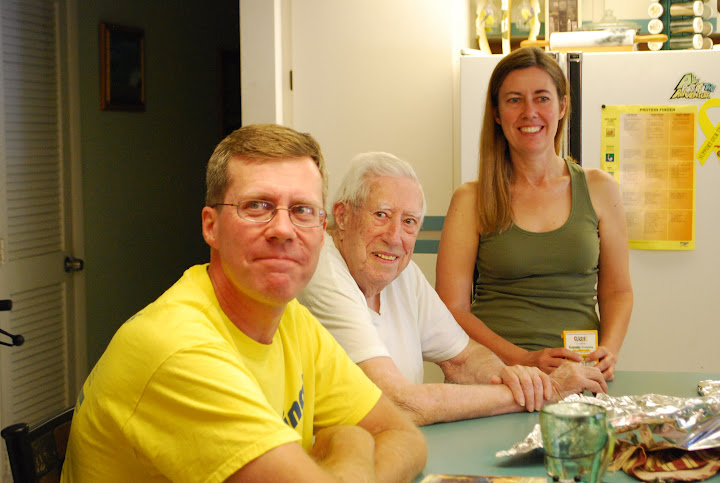 It was a big day for Isaac.

Early this week, we had a very leisurely drive home. Here are the boys on our “snack and soccer” break.

The boys were SO excited to be home, but they’ve also expressed missing their Florida family a lot. Ian stated, “I’m so excited to be home! But, can we move our house to Florida on one of those big trucks?” I agree. We feel so torn. We love the community we live in, the mild seasons, the quick access to many activities, and the friends and church family we have. But, “home” is truly sweet. I love the waterfront of our home town and the walkability of it, the beautiful beaches nearby, the vast wildlife, and especially our family. How I would love to merge it all!