We managed to make the week interesting, even though we were stuck in the house feeling ill. Poor little Elijah spent a week feeling crummy, and spent a lot of time with Diego and was very generous with his germs. 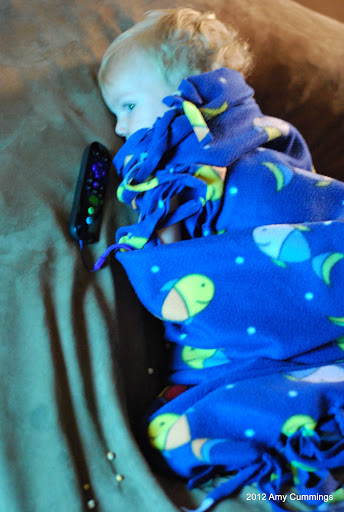 Even still, he wanted to be like his big brother and get his hair painted after I cut it. 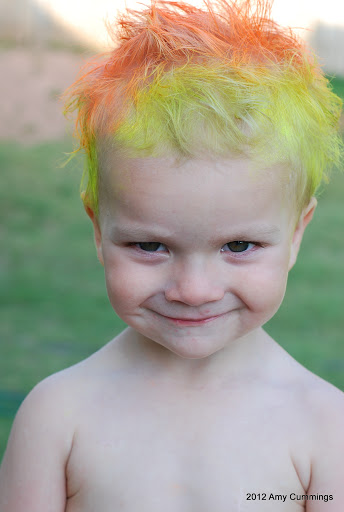 Ian and I made a really cool airplane – it flew better than any one I’ve folded. Ian was baffled that it could fly without wings, so we spent some time discussing how planes fly. 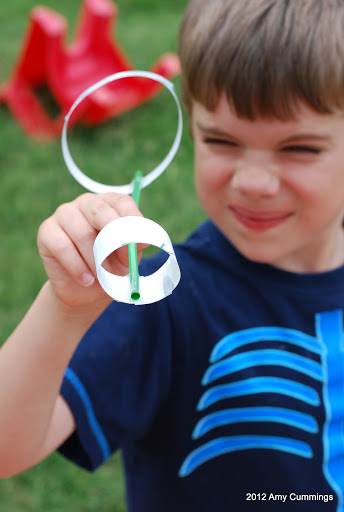 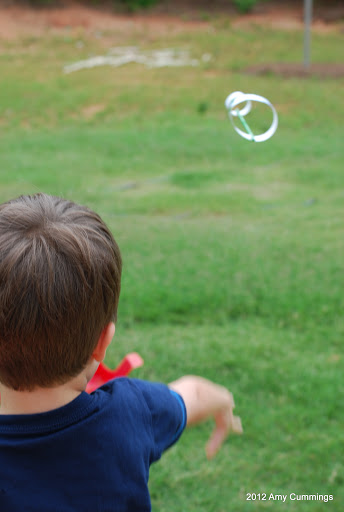 Then the boys and I assembled a “popsicle stick” catapult — more the size of tongue depressors, really. 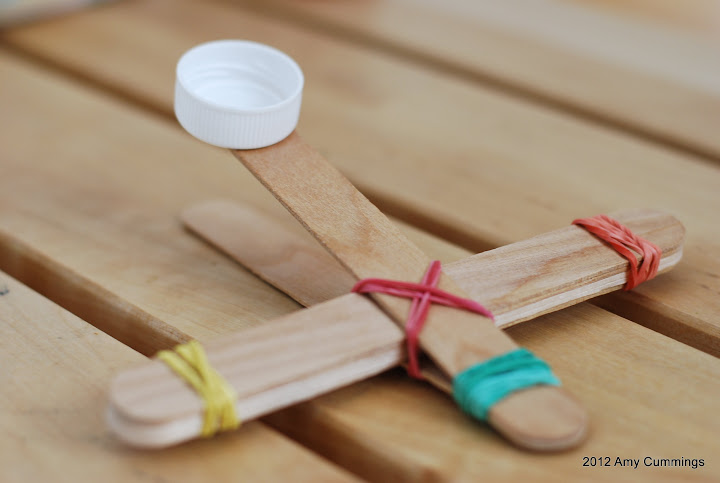 Then we decided we needed something to launch marshmallows at, so we built with toothpicks and marshmallows. 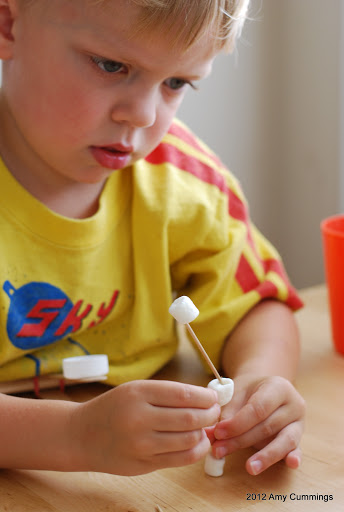 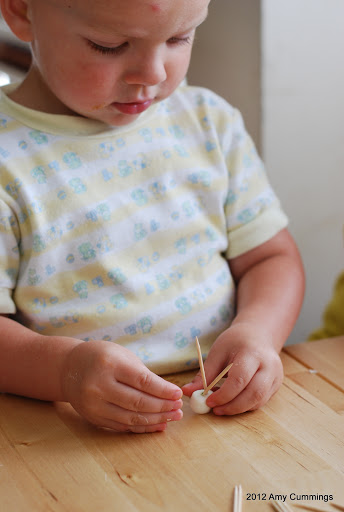 Ian made his extra sturdy with lots of triangles on top. 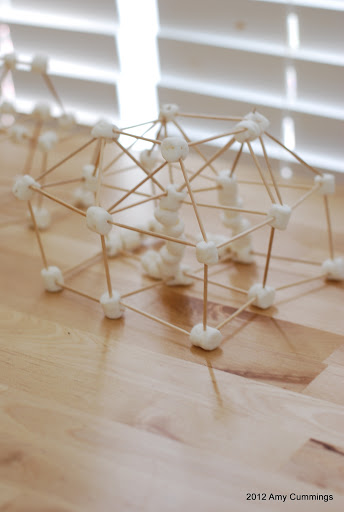 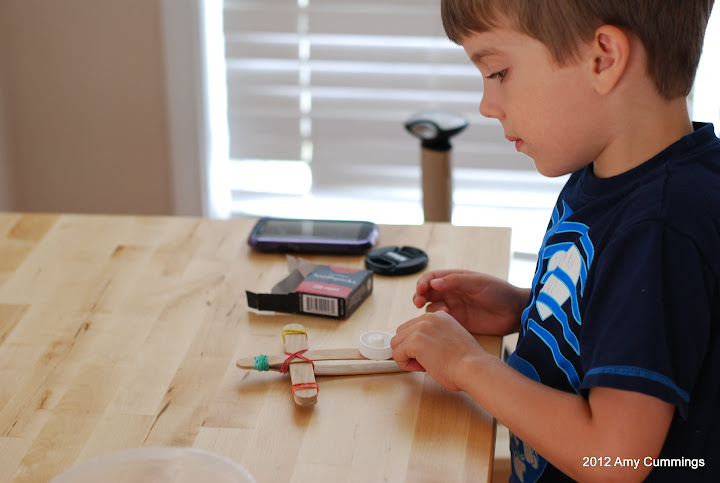 I showed the boys how water softens wood enough to bend it, so I made a couple small bows with Q-Tip arrows. The poor  guy is covered in mosquito bites, from about 10 minutes outside helping dad water the plants. 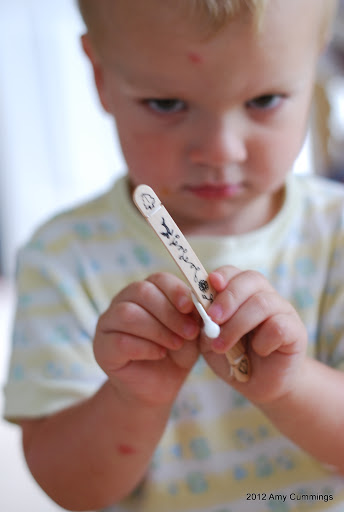 Ian said building with marshmallows was really fun. It entertained everyone for about an hour, and besides getting a bit sticky, it wasn’t terribly messy.