I’m really enjoying the experience of my four-year-old’s means of expressing himself. I almost didn’t repeat this, but the other night, I swore I heard Elijah say, “Black guys are stupid.” What-what?! That can’t be what he said, but he said it three times and it’s all I could hear, the way he was merging his words. Brian asked him what he meant. Elijah elaborated, “You know, that time I fell and got hurt on my eye.” OHHhhhh! A black EYE. “You mean that time you bumped your face and the skin around your eye turned colors?” He does pray every day that he never gets a black eye again, so I don’t know what my ears were thinking.

A while back, Elijah was repeatedly hugging too hard. Brian warned him that he can actually hurt someone if he squeezes a neck, for example, with all his strength. One of the boys remarked, “I don’t know how he hugs so hard.” Elijah replied, “It’s because I squeeze the weak parts.”

He’s big about everything he does. He likes doing stunts and making obstacle courses and wresting and such. When he does tricks, he calls them his “professionals.” As in, “Watch me do my professionals!”

Cute cute cute boys, they are. All three were impressed at my clairvoyance when I made (gluten-free) spaghetti and meatballs tonight. It did especially hit the spot on this polar-vortexy night.

Yesterday, I played a bunch of board games with the boys to sneak in some math, strategy, reading, etc. We played one, possibly for the first time, called Fibber. The idea is to get rid of cards in your hand by discarding a certain creature card or at least convincing the others you’re discarding that creature on your turn. Sometimes, you don’t have that card and you have to fib. If you get caught, you put a nose on your glasses and take the discard pile. If someone falsely accuses, they get the nose and the cards. The boys were very uncomfortable with this game. At the end, Ian confessed, “I told the truth every time, but on the last turn I tried fibbing just to see what it was like.” We make a big deal about truth and trust at our house. Still, I hadn’t really expected the inner conflict a game built on playful fibbing could cause, in light of all else they comfortably play make-believe at, such as play fighting. 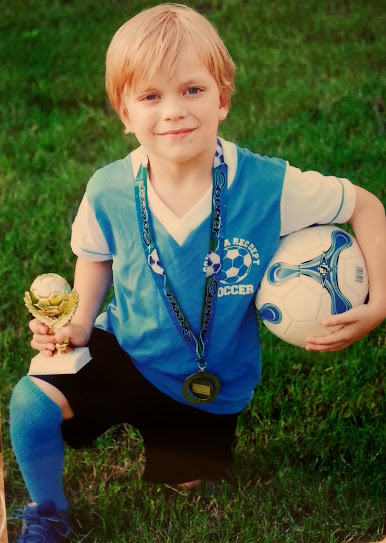 Isaac’s soccer pictures arrived today. We didn’t have any professionally done, but I took some in the back yard and got Snapfish prints. As a surprise, I ordered a bunch of photos from his life for a little album I gave him the other day. He was so excited. He filled his album up and had leftovers for the next one. I adore how he treasures things like that. I gave the other brothers some copies too, and they were very excited as well.

That’s about it. Tomorrow is Home School Friday, and after doing robotics with Ian, I think I’m helping a friend make some paper ornaments. We put children’s names (from struggling families), ages and wishes on an ornament and later, people get to pick a special someone to buy a gift for. It’s a cool project our church has enjoyed for a couple years now. I hope it has a good turn-out this year too!