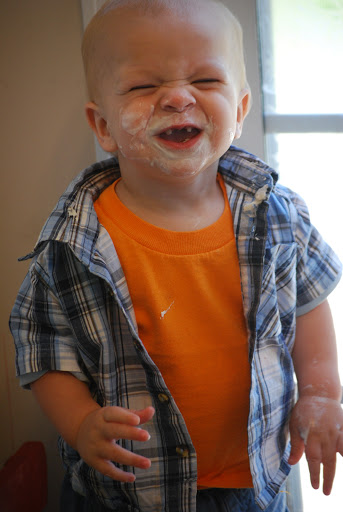 Wondering where I’ve been? The entire month of April was composed of a delightful melody of stomach bugs and nasal congestion, accented with a staccato of coughing. For May, we’ve changed up the menu a bit to rashes. So far, 2/3 of my offspring have a full-body viral rash of some sort, and one also managed to get a Strep rash on his bum. Anyone for a play date?

They’ve also seemed particularly fixated on their boy parts lately [this serves as your warning]. I finally made it to a new dentist for a cleaning, with my three young’ns in tow. As the hygienist reclined me the chair, aimed a solar flare at my eyes and unhinged my jaw, I tried my best to establish a good rapport, using my limited repertoire of grunts and blinks. Ian, ever the voracious student of anatomy, leans over my face and asks, “Mom, are those your testicles?” I just about choked on a pick. I’m sure the hygienist’s mouth was pursing tightly under her mask. I felt my face redden and my tummy began to quiver. I was desperately trying to salvage the remainder of my poker face, as I strategized how to best gurgle out the word “tonsils.” Instead, a giddy cackle erupted from my throat, launching the hygienist into a poorly-stifled giggle. For the remainder of my cleaning, I gave my best effort at thinking of drills and gouges, and such, but I kept relapsing into convulsions.

A few days later, I took the boys to the natural history museum, where they had a mythical creatures exhibit. I pointed to one familiar sea beast, and asked Ian if he remembered what it was. “Yes,” he replied, “It’s a squib, and those are his testicles.” “Tentacles,” I sighed, hoping the other patrons were well-engrossed in their studies, as I flashed back in remorse to that fateful day when Ian inquired, “What are these little balls under here?”.

The two older brothers, 4 and 3, have started noticing their uncircumcised little brother looks different “down there.” I’ve had multiple discussions trying to explain the difference, and to my disbelief, have already been using bananas for illustrative purposes. The second time that Ian asked my why Elijah’s penis was cut off, I once again explained that he has a “cover” called a foreskin and that “you guys, not he” had a piece of it cut off. “In other words,” I continued, “he has a foreskin and you guys don’t.” Isaac replied, “That’s right. I just have one skin.”

In the kitchen one evening, Ian was sipping a juice box when, true to his experimental nature, he discovered that blowing in the straw results in a stream of juice coming out of the straw. He laughed, “Look! I’m peeing on the floor!” Isaac’s ears perked up and he dashed into the kitchen. Seeing only the puddle on the floor, he giggled in villainous delight and began to unleash a hesitant stream of his own. “Noooo, Isaac!!” we panicked, “He was just kidding!!! It’s only juice!!”

Moving North on the body, Ian got up yesterday morning saying: I want a milkshake. Thinking of sumies makes me want a milkshake.
Me: What’s a ‘sumi’?
Ian: It’s one of those big waves that washes everything away.
Me: Oh, you mean a ‘tsunami’?
Ian: Yes, a  tsunami.
Me: How does that make you think of a milkshake?
Ian: Because, if I had a really giant mouth, I’d swallow up the nammy…the..suni…the nusammy…
Me: Tsunami?
Ian: Yes, the tsunami. I’d swallow it up and save the town and be a hero.
Me: Oh. Ok. I guess I can see the connection.

For my birthday, Brian and family had three pretty sizable trees planted in our back yard – a Red Maple, a Red Oak, and a Black Tupelo. We decided to let the boys name the trees. Ian tried to name all the trees: King of the Trees, Igloo Man, and Solomon Krause (I’m still marveling at this one.)  To be fair, we let Isaac rename Igloo Man. He chose “Scotcha.”

If I were to offer pseudonyms, I’d probably go with the closest thing the boys have to nicknames. Elijah graduated from the NICU with everyone calling him “Captain.” Ian got stuck with “Squirmy” in utero, and hasn’t stopped moving since. Isaac has never really been nicknamed, but we have often struck comparisons with a tank. Not terribly accurate, because it would have to be a tank armored with string cheese (more of a gentle giant, he is, and, well, he loves cheese). And now there’s a distantly-related dog in the family named Tank, and that just doesn’t seem right. Okay, never mind the pseudonyms. I think they have the proudest names a tree could have.

Also, for my birthday, I received a playful card referencing Jack-Be-Nimble getting treatment in a hospital burn unit. Ian has studied and studied that card. Finally, he determined, “I think Jack would like to walk around that cake.” Thanks for the help, little buddy.