The boys and I decided to hike down Stone Mountain yesterday. We’re not officially homeschooling, but I’m practicing. This could count for Phys. Ed, History, Science and who knows what else, for all we did and learned. Isaac got the medal for power hiker – we had to work hard to keep up with him! Ian gets the trailblazer award for finding new paths. I had to encourage him a number of times to stay on the main path, since his little brother would follow him anywhere. Elijah takes the super trouper medal. He hiked the whole way on his own, except for what I wouldn’t let him do. He found his way down and around all the boulders and rocks, and seriously protested when I insisted on taking his hand down a few. Here are a few photos. 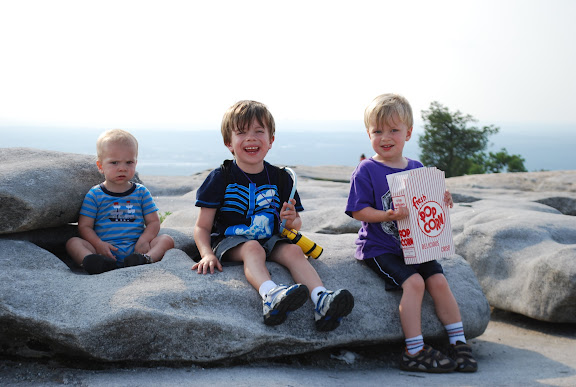 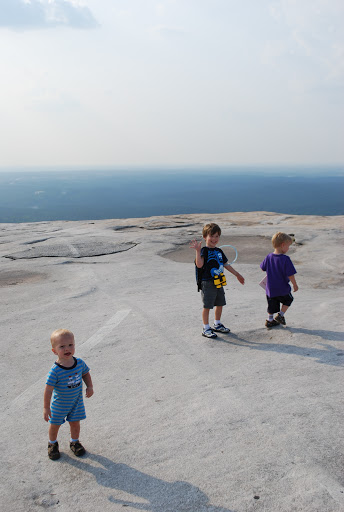 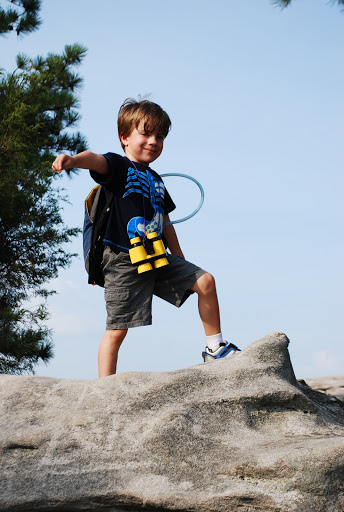 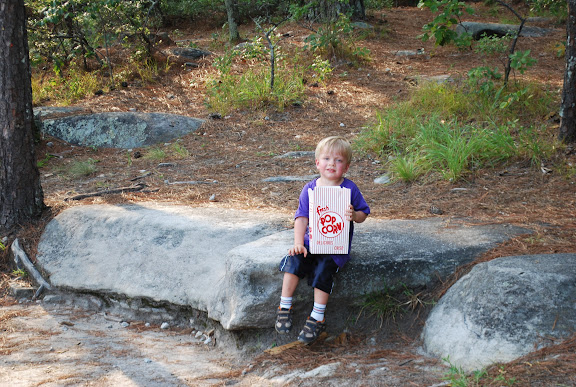 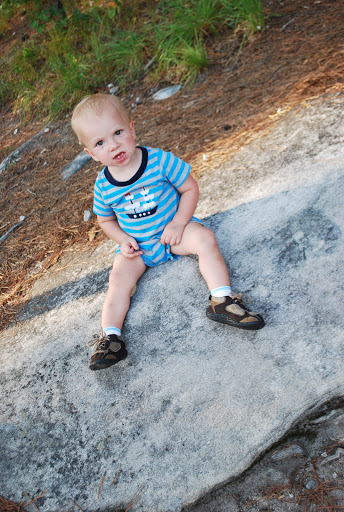 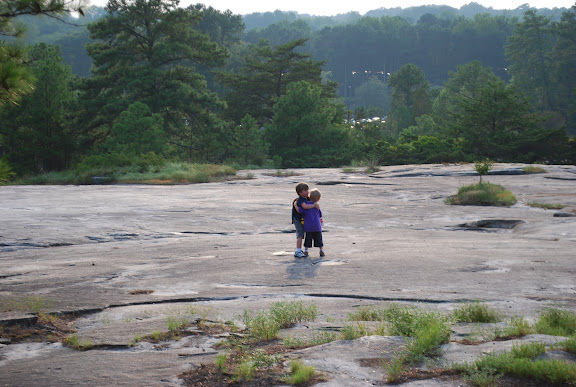