We spent our afternoon today wandering around McIntosh Reserve, in Carroll County. After church, the boys had run behind the church playground and were climbing on some rocks, so we were looking for a place the boys could do some more boulder hopping.

The boys all climbed on the first stump they saw. I think Isaac is flashing me the “loser” sign, and Ian is denying knowledge of it. 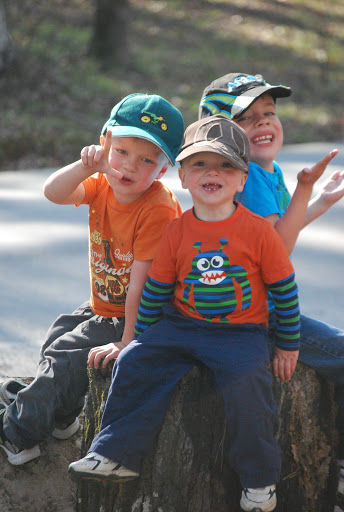 Here, everyone is dashing down the hill to see the river. 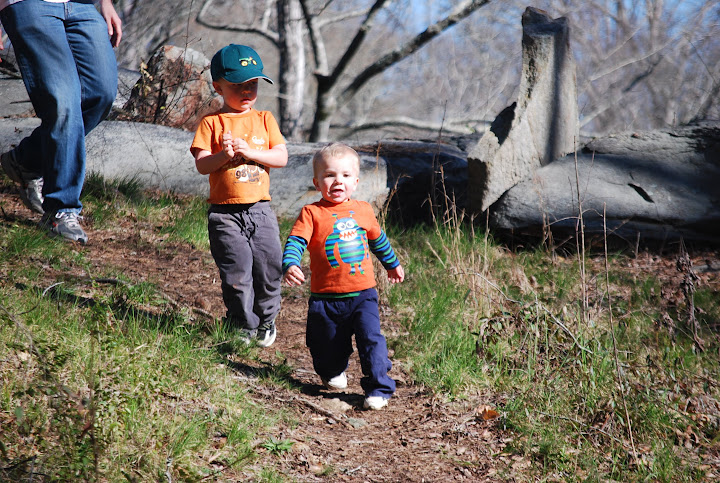 They slid down this bank to get a closer look at the river, and now they are climbing back up. 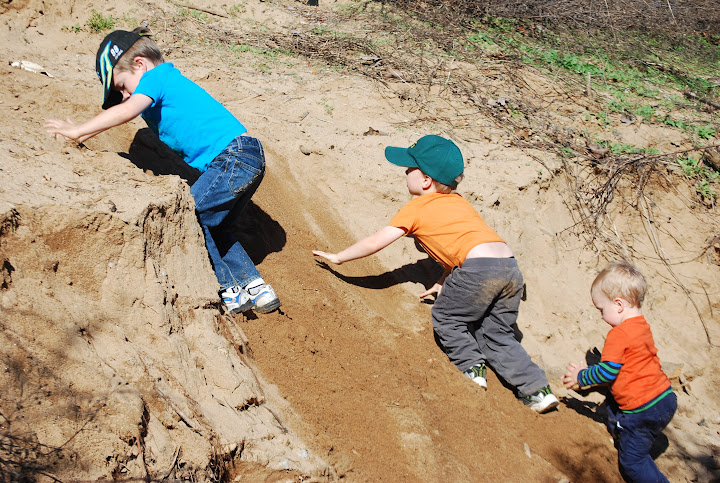 Ian gets so excited on adventures, we keep having to reel him back in. He got ahead again! 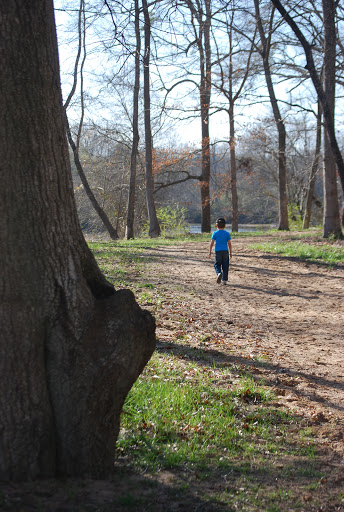 We saw some geese taking flight after a swim. 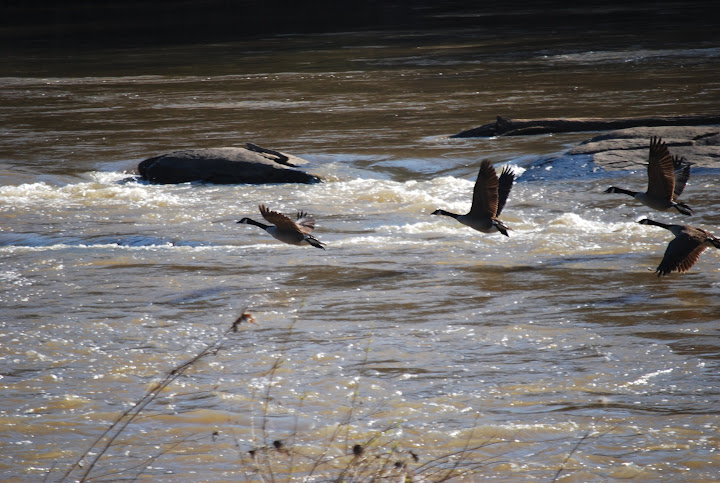 Some trail riders let the boys pet their horses. 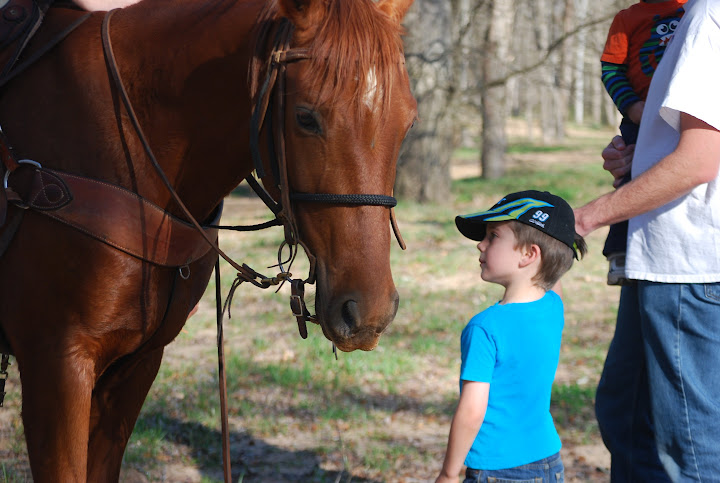 Most of the time was spent hopping around on rocks. 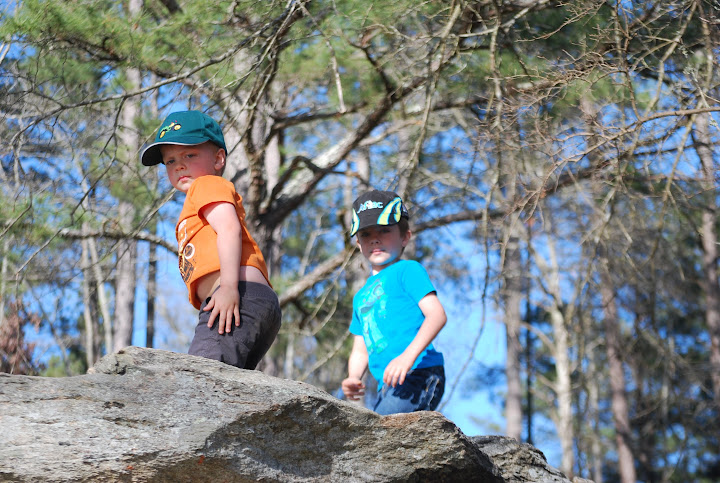 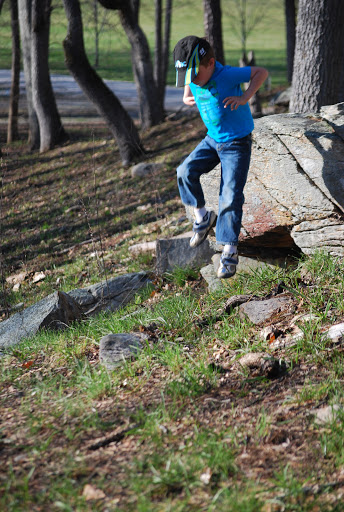 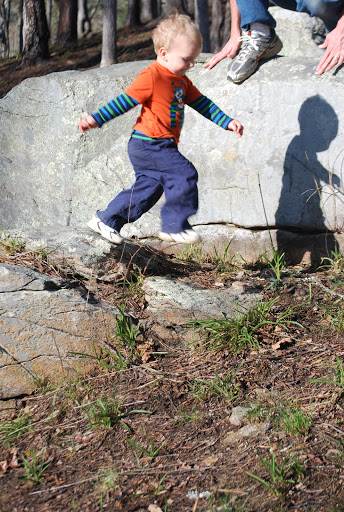 Elijah between a rock and a hard place? 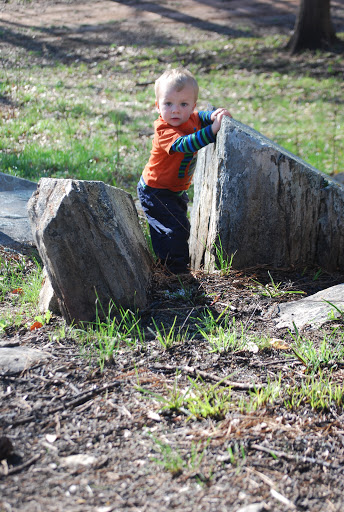 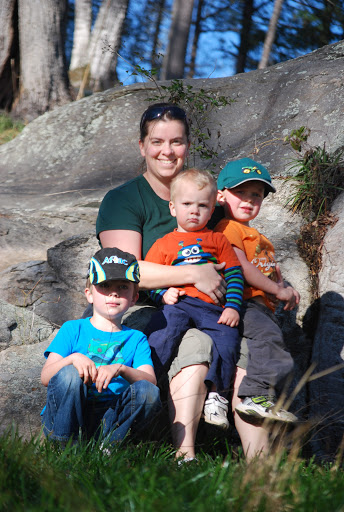 Okay, I really know better than to include this bumper shot, but Elijah’s reaction to this was too funny. He climbed up this fairly steep and smooth rock face. Frankly, I was quite impressed he made it. I followed him up, with a little more trouble than he had (I blame it on my almost-adult-sized feet). When I stood at the top, Elijah exclaimed, “Wow, Mom, you made it!” 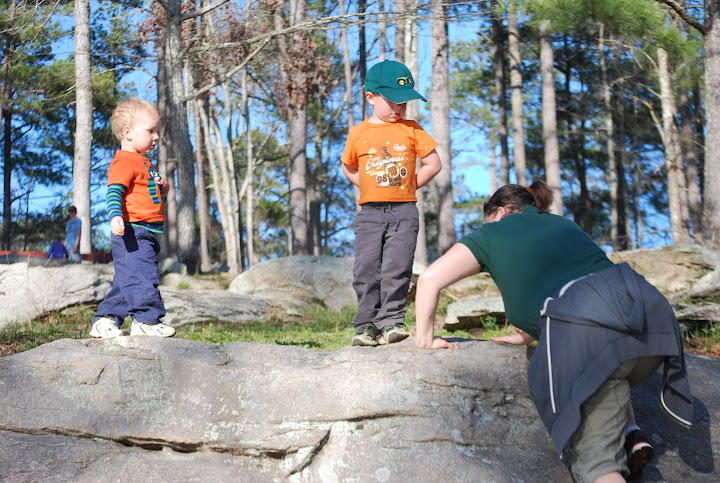 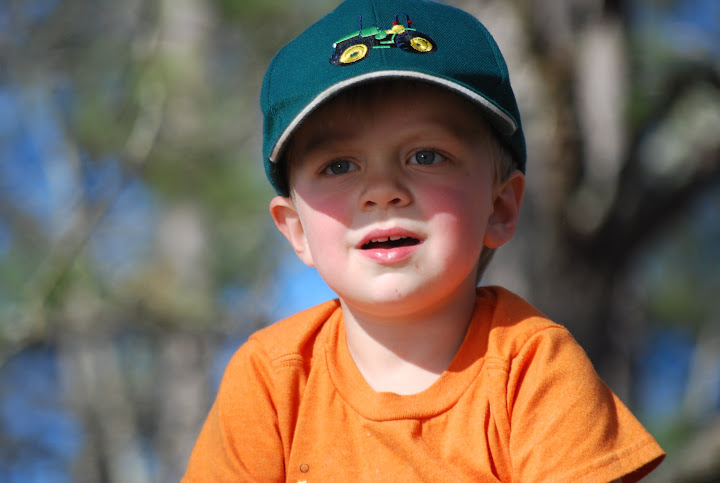 It’s weird being in so many pictures. 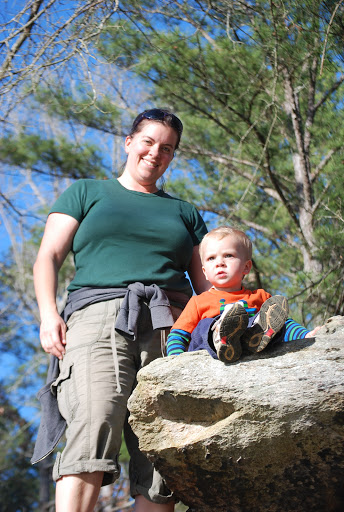 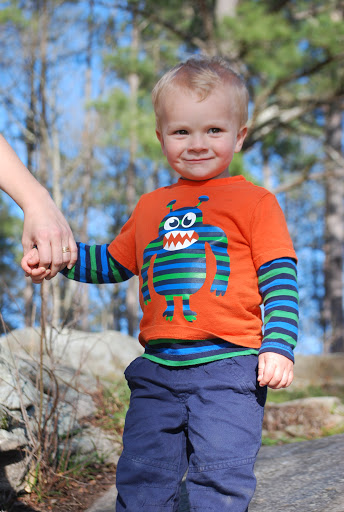 Near the parking lot was a giant mulch pile the boys had a blast running up and down. I think every child should have his own giant pile of something to climb. I remember how much entertainment I found in a giant pile of dirt next to my childhood home.

After the hills and rocks, we drove down to a little cabin. The boys enjoyed exploring all the rooms. Ian set to work planning which rooms would be the office and playroom and such. I caught them peeking out the upstairs window.

I have a feeling we’ll be back there again before long. Rocks were always my favorite, too.