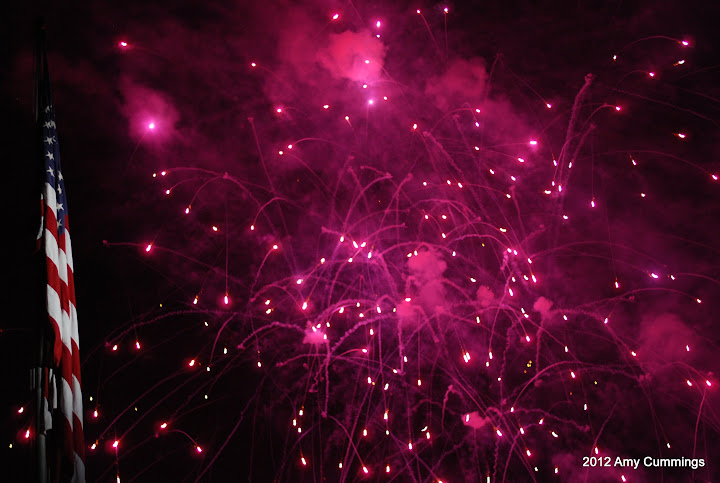 I’m starting the year off with a bang. Friday night, I put my contacts in a case and discovered my saline bottle was empty. I grabbed an open bottle from under the sink thinking it was fairly fresh and squirted some in my case. Saturday morning, I discovered the painful way that the saline expired three years ago and was now apparently composed of pure acid. Glasses day.

Sunday, the sky fell, or more accurately, some pruners fell from a tree, under which I was standing, and they chopped through my leather glove, which was reflexively in save-brain position. Thus, I have five stitches and a mostly numb, but functional pinky. I’m scheduled to have the nerve sewn together on Monday. Tuesday, I was decorating Ian’s hand with a patriotic robot, when I slid my foot over and jammed a 10-year-old escapist carpet tack into my toe. Good thing for Sunday’s Tetanus shot. I think it would be best if I go hibernate.

Now, on to the Cute Ones. While Isaac savored some yogurt, he asked me, “How fast is falling.” That launched Brian and I into a nerd discussion on the speed of acceleration, terminal velocity and wind resistance. On evenings and weekends, the boys still debate whether to take trips in the “Bible Car” or the “Music Car.” Nevermind that Dad drives his own car to work every day; He takes it to Bible study one night a week, so it is the Bible Car. In our van, the boys get to select their favorite tunes from my ipod, so it is the Music Car. We took the music car out yesterday, to celebrate with Independence Day hot dogs, ice cream, movie, toy store and fireworks. Isaac wanted only to jump at Monkey Joe’s, so we agreed. He blew us away with his planning skills, reminding us that we need to go home to get socks. So we did. But, we discovered they were already closed. Poor Isaac.  So we went instead to the toy store for a few minutes before a movie. Isaac really didn’t want to go to a movie. Poor Isaac. Later, at the high school fireworks Isaac wanted to jump on some inflatables. I insisted we use the restroom and grab snacks first. When we got back to the field, the inflatables were flat. Poor Isaac.

Of course, I’ve written nothing down this week, and can’t remember the slew of funnies the boys have said. I do remember Ian schooled Brian on some “magic.”  Brian is always trying to impress Ian with slight of hand, but Ian always just explains it. This time, I had the boys in a “glow bath” (glow sticks in the bath, lights off). Ian had two different colors of sticks under a blanket of bubbles and tricked Brian into thinking they changed colors every time he lifted one out of the water. Brian, thinking Ian had just one stick, bought it.

This morning, the boys had the ear protectors from yesterday’s fireworks and were playing “Star command.” Isaac said his name was “Starry.” Ian said his was “HHHG8,” and Elijah made it clear he was not a “wooper hero,” but just a “Dar Command.”

That’s all the memories I care to type with my one hand plus a finger. Maybe I’ll wear my party hat to surgery on Monday. Hope your week is full of adventure!