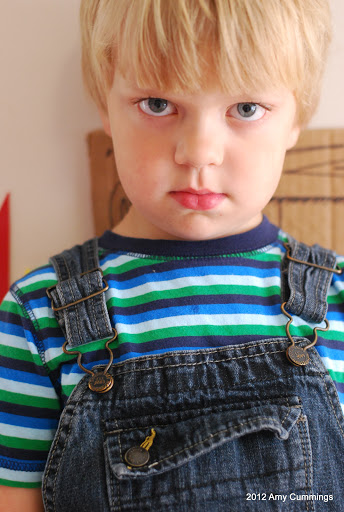 This morning, I threw myself a full-blown pity party. I may be of the species that bleeds for a week and doesn’t die, but it doesn’t feel very heroic sometimes. Tack on the letdown of my handsome guy returning to work after a long Christmas vacation, and I think we’re all sitting home not feeling very inspired. It was one of those mornings where I felt like if I wasn’t needed to make flavored water and open yogurts, I’d be good only for sweeping and killing joy.

It seems like Elijah is mad at all my answers, but it doesn’t help when all the questions involve candy, crackers or movies. Ian seems to be out of sorts, if not outright brooding like a teenager, and I can’t seem to give Isaac enough attention. It’s hard to get back into the usual groove sometimes.

Now, allow me talk about a boy. As any parent would say, I love all my kids the same, though sometimes one or another takes up residence on a special shelf in my heart. Maybe I’m feeling a tug that one needs a little extra something. I can’t really put it into words, but I’m sure all parents have had the experience.

Isaac is 4, soon to be 5 in March. He is soft-spoken, but sings and plays his heart out when he’s in his comfort zone. I don’t know if he knows it, or intends it, but he is naturally remarkably funny and clever. He has the heart of a superhero. He knows what he wants and is unquestionably in charge of his space. He will say he wants to snuggle and if you crawl in his bed, he will eventually tell you he’s “done snuggling now,” and expect you to leave.

This precious, somewhat sad, slightly defiant photo of him was taken because of his overalls. I chose the outfit from his dresser (at his request), but when he put on the overalls, he immediately wanted them off because he felt silly in them. I gushed over him because I thought he looked adorable. He insisted, so I asked if I may please take a picture of him, and then he could change pants. He reluctantly agreed, but was not going to smile, and even suggested I delete the picture. However, he chose to keep the pants on, I think just for me.

He woke up from his nap yesterday evening feeling shy. I held him for a minute and told him I just set dinner on the table. He didn’t want to eat, so I sat him on our squishy pillow chair by the fire, gave him an extra hug and went to eat my meatballs. He popped up from his spot a while later and decisively told me he wanted to go spend his money. I thought perhaps he remembered a specific toy he wanted, but he had no particular item in mind. I found it odd that my homebody wanted to go shopping, particularly after all that travel and all that Christmas, but it made me all the more certain I would take him. He then said, “I want to go some place that is still glowing. Is Target still glowing?” I love that. I love how he phrases thoughts. I ran the plan by Brian and zipped out the door with my little guy.

We drove through the dark, quiet streets, and I listened to his sweet little voice talking to me from the back seat. He gently told me how much he loves me, as he does when I do the slightest little favor for him, or fill his little belly with food he likes. We talked about his interests, and why we took Dad’s car. He asked me why I drove past our usual turn for Target, not missing a detail of our drive. When we entered the store, he asked if we were going to look at the toy section. I told him he could buy himself anything in his price range, be it clothes, shoes, books, toys or whatever. He wanted to go straight to the toy aisle. I think he picked his first choice from the very first end cap of the first aisle of the toy section, but it was not the right price. The next row was the Lego row. He found a Ninja Turtle set and instantly knew it was what he wanted. He asked if we could go home now. I couldn’t fight my nature to “let” him see all the options, so we walked down a few more rows. But he kept asking when we were going to leave, so I understood and headed to the checkout. He had already planned out to share various parts of his set with his brothers and that he wanted the Turtle.

I can tell it’s a big deal to him to get his own Lego set, since his big brother has been collecting them for years, and now he has some of his own. He told me on the way out that when he grows up, he’s going to join a construction team. I LOVE this little dude. I love his huge heart, his big blue eyes, his uniquely tender touch, his deep thoughts, his perpetually perfect blonde hair, his contagious laugh, his discriminating but unfettered smile, his clever and amusing remarks, and even his giant tears and offended scream, because he cares that big. I dig pretty much everything about him, and I deeply treasure the moments of Special Time we get, possibly as much as he does.