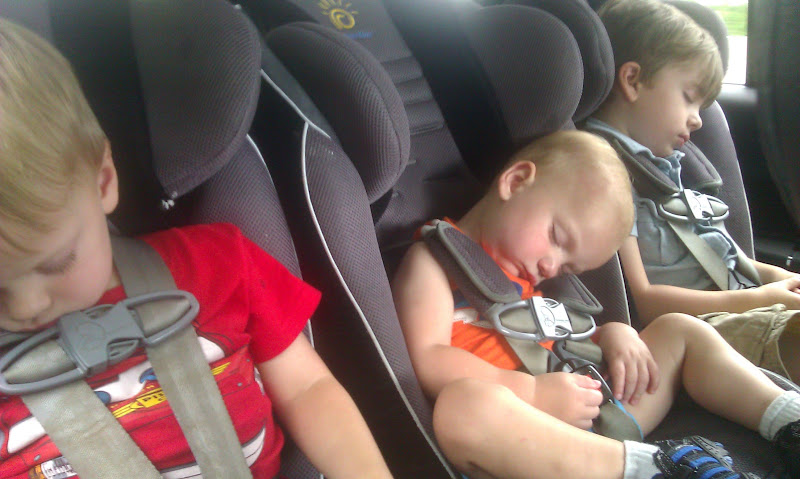 Ian begged me all week to make lemonade. Finally, I bought two bags of lemons and started the project. Our favorite recipe involves a cup of water per lemon and a quarter cup of sugar per lemon, a lot of peeling or zesting, soaking the peels/zest in the sugar, dissolving it in boiled water, removing peels, then straining in lemon juice.

I enjoyed an episode of NCIS while zesting lemons, glad to finally have the babies to sleep. When it came time for Ian to help, I thought I’d test the waters with a little math lesson. I got out a 1/4 cup measure, a 1 cup measure, 4 square lego blocks, a dollar bill and four quarters. Together, we counted four quarter-cup scoops of sugar into the one-cup measure. I pointed out, “Hey! This big cup holds exactly four small ‘1/4’ cups.” I then made a square out of four legos, saying, “Look, this square is made of four smaller squares. If you take one small square, it would be one quarter of the whole square.” Then I showed him how you could take another brick and that would make half a square. I tried various combinations of demonstrating the square being divided into equal pieces. Then I moved onto the money, saying, “In the same way, if you were to go to the store and a toy cost one dollar, you could give the cashier this paper bill or you could give these four quarters. Each quarter is one quarter of a dollar.” Almost before I could get the last word out, Ian held up the legos and said, “Look, mom! I made a pyramid!” I sighed, “You sure did! You see what other things you can make while I finish this lemonade.”  Yes, yes, four is a bit early for fractions. I just had to see where it would go.

Isaac, meanwhile, has been playing with feelings and colors and other matters of life. Last night it was:

Isaac: Pink is sad. Pink is brown. (carries on with other color-word associations I can’t remember)
Me: What is three?
Ian (interjecting): Stripey!
Isaac: No! It’s Yewow!

Today in the car:

Isaac: Mom, is God in the sky?
Me: Well, He’s sort of all around, but I guess you could say He’s in the sky.
Isaac: Will I get old?
Me: In a really really long time.
Isaac:  Will I die?
Ian, as if Isaac just told a joke: Nooo. Little boys don’t die.
Isaac: If a car squishes you, you die and your heart goes to pieces.
Me: Well, my heart doesn’t actually break into pieces, but it means I would be very very sad to lose you. But, we wear our seat belts and are very careful, so you should live a long long time.
Ian: If I die, Jesus will do a miracle and make me alive again!
Me: Yes, when the time is right, Jesus will come to get us and will wake us up. It’s possible you could be alive when Jesus comes – nobody knows when it will happen!
Isaac: I don’t want to go into the sky. That would be scary!
Me: You won’t feel scared because it’s just like when your strong daddy picks you up. If God picks you up, He’ll never drop you!
Isaac: Ohhhh. I want to go to Chick Fil A.

Elijah’s new game is to carry his ride-on car over to a spot in front of my glider, stand on it will a big ball and play catch. To my surprise he actually catches it every third time or so. He’s become extremely particular with other things he wants, such as which chair to sit in, which cup to drink from and who may catch the ball. Just a bit ago, he stood beside Brian and I, with his arms wrapped around a soccer ball, saying, “Cah kit!” Brian asked, “You want me to catch it?” Elijah gave him a scolding look and corrected, “Noo….Dad-dy.” When Elijah finished glaring, I asked, “Do you want me to catch it?” “Uh. Huh. Go!” he replied with a toss.