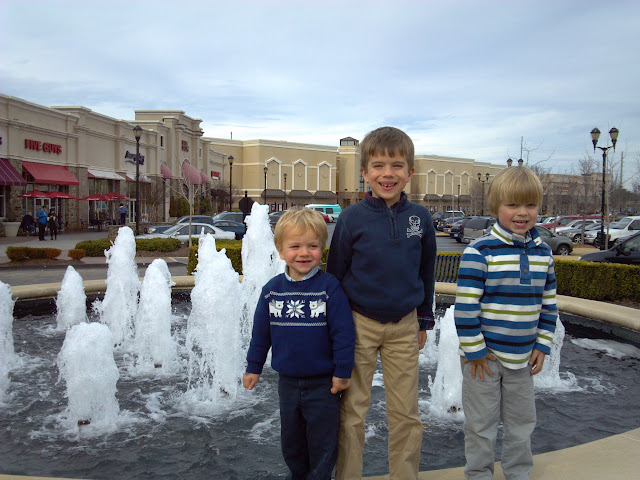 I’ve had a blast observing the boys today, in spite of it feeling a little hectic. We had enough time to do the morning routine at a steady, but fairly leisurely pace, before going to an appointment. I was on track for an on-time departure by the time I had the boys dressed…in their shorts (?!). I was hesitant when the boys dashed out back to play on their new play set, but thought it might actually be wise to allow them to burn some energy.

I was assembling a row of snacks when Isaac burst in the back door with uncharacteristic enthusiasm, saying, “I need a towel. I went down a water slide and it was AWESOME!!” My frustration reflex was stifled by repressed giggles at his unrestrained joy of having survived the dewy slide. I acknowledged that we would now be driving across town on our wet little bottom, and a towel to sit on may, in fact, be wise.

On the drive, I had intended to rock out to some Fun. songs. However, a great chat ensued. Isaac asked if there was ever a time with no grown ups. Lately it’s come as a revelation that all the adults he sees started out as babies. This took us to Adam and Eve, whereupon Ian asked if Eve killed Adam. I said no and asked what made him think that. He vaguely remembered a story where someone killed someone, and it turned out he was thinking of Cain and Abel. Then he remembered a story about someone touching some water with a stick and making a path. Isaac filled in that it was Moses and the “Red Seas.” Next thing I know, Isaac is rattling off Bible names and stories left and right that I didn’t know he remembered, and filling in details of spiritual concepts I’d start to discuss. He’s so academic. Ian, in this case was remembering concepts. In some things he’s very much a detail guy. It was a very fun chat that lasted the entire hour-long drive.

Speaking of details, in the waiting room, I asked Ian to draw me a picture of himself. He came over a bit later and handed me his pen and paper and asked me to add the letters. I saw that he’d drawn a solid figure, complete with all it’s little boxy fingers and full attire, but to my amusement, there was only the outline of a head because he was focusing on his T-shirt. He was wearing his souvenir shirt from Florida that had race cars overlaid with a shuttle, and on top of all that was the word, “Florida.” He replicated it in impressive detail, but was hoping I’d do the text. Not wanting to mar the drawing, I wrote in the space on the shirt above his drawing. He said, “Nooo, it’s supposed to go over top!” So I started writing it on top, but clearly incorrectly again, so he huffed and took the picture back to his seat and proceeded to black it out. I try hard to encourage mistakes as valuable, but he simply won’t have a drawing that veers off his plotted course. I’m so disappointed that I didn’t get to see how it turned out.

When we got back home, Ian started pushing Elijah around the house on a little ride-on car. They stopped and Elijah lamented to me that he wanted to “rocket blast” more. Ian, in a surprisingly calm and mature tone, called from the stairs, “Elijah, if you continue to crash, I will stop pushing.” They worked it out and started playing again. In fact, on one turn, they came around the corner, and Ian stopped to pick up toys in the path and put them away. I felt like he woke up as age 34 this morning (Maybe my strained attempts at modeling communication and responsibility are sinking in!?). He remained particularly helpful and communicative, until this evening, when he tried a really poorly-acted rendition of Elijah’s mind-changing tantrum-tossing spiel. But I wrapped my arms around him and clung tightly as he thrashed and lurched his way to the top of Joy Mountain (our fluffy pillow chair), trying desperately not to laugh as I narrated. He then flung himself into the Swamp of Despair, but by then he was too out of character to make much of it.

Meanwhile, Isaac, who keeps telling us he loves the nickname, “Ike,” sat at the table, eating a sandwich and singing the Spider Man song, with an uncontrollable urge to correct it, “Spider Man, Spider Man, does whatever a spider can…do,” and then wonders aloud what the Spanish word for “Spanish” is.

Yes, random person in every store I go to, I do have my hands full.